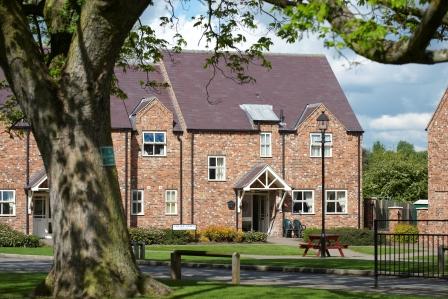 One of the defining features of Autism is the obsessive nature of repeat actions. Autistic children are quite capable of maintaining a week long smashing, grabbing, and screaming rage if they are prevented from carrying out some repetitive task that they have decided is essential to their well being.

I am beginning to wonder whether Autism afflicts some of our local councils.

Yet another local council is heading to the Court of Protection, stamping their feet, red in the face, demanding to have their repetitive way…

Young Liam Brunskill – he is not yet under the auspices of the Court of Protection, so can be named – has just become an adult. Liam is autistic, has obsessive compulsive disorder, and is considered to suffer from the ubiquitous ‘learning disability’.

He had the good fortune to be born into a loving supportive family, along with his sister Amy. He was never an easy addition to the Brumskill family – he not only compulsively controlled his own behaviour in ritualistic fashion – he sought to control the rest of the family too; insisting on crossing the road when the lights were at green not red, demanding to decide what his sister ate…

At 12 years old he had reached physical maturity and the family reluctantly decided that they needed professional help to care for him.

Wilsic Hall was some 50 miles away from the family home, but the Brumskills never resented the travelling involved for they were impressed with the care Liam received and the way in which he had responded to the stable and calming environment of Wilsic Hall.

The Hesley Group, which runs Wilsic Hall, also has a nearby facility, Hesley Village which you can see in the picture at the top of the page. There Liam, to their delight, mastered several crafts, pottery and jewellery making. He is now a relatively tranquil individual who has many interests.

A happy ending to a difficult situation? Hold fast. We haven’t heard from the Local Authority yet!

They determined that Helsey village didn’t tick one of their required boxes. There was a problem with one of their recent CHQ inspections. A problem which was subsequently resolved, but that hasn’t changed their minds.

The Local Authority has decided that Hesley Village is ‘not appropriate’ for Liam. What they think is appropriate for him is to be transferred to a new placement, with new staff, to live with a group of individuals he has never met before, in a completely new town. Anybody with any knowledge of Autism will query just how appropriate this action is.

The problem with Hesley Village was not just one of cost. Hesley Village had been rated only “adequate” by the Care Quality Commission (CQC), the council argued, and it was also worried about “safeguarding concerns” there. Those concerns have now been fully addressed.

Still the Local Authority stamp their feet. It is not, they argue, for the family, or for Liam, to decide where is best for him to live. That is their prerogative, and they will have their way.

So after a year of wrangling, with all the associated worry involved, yet another family waits to see whether the Court of Protection will award the Local Authority an order giving them both financial and welfare control of young Liam and thus the ability to decide where he lives.

Naturally the family have to raise the money themselves to pay for legal advice – Liam is entitled to representation by the Official Solicitor, but the family, as with Mark Neary and ‘DJ’ can only make their views heard if they have the money or the courage to represent themselves in the High Court.

I will let you know what happens.

Would you, especially those linked in to the Twitter network of Autistic carers, please be kind enough to retweet this post?

Utterly disgusting behaviour by the local authority, but not a surprise in
this day and age. My wife and I have just discovered that the LA are trying to
get a DOLs from the Court of Protection in respect of my 47 year old brother
in law, who is severely autistic. They have already appointed an IMCA, but
failed to tell the IMCA that there were family members providing support. When
the IMCA discovered this she contacted us and stated she had stepped down and
said she would be complaining to the LA.

Now they have gone to the CoP having misrepresented what my wife said about
her brothers care to get a deprivation of liberty. The lengths they go to in
cases where a person who has been properly cared for are disgraceful.

Thank you for this article and support.
Really appreciate this. This has
been the worst year since Liam had to leave home back in 2004. Having to come
to terms with that and now this is unbelieveably distressing.
Can you also
believe that if we move to Doncaster, they say Liam might still have to come
back to York as he was a York resident when he left and is under the Council
responsibility now he is 18 and “lacks capacity”. However – he is perfectly
able to make choices, and Hesley Group have encouraged this over the 7 years
he has been there.
I cannot praise Hesley Group enough for the dedication
they have given to our son and to other students.
Therefore, it is without
any wonder we would wish Liam to stay in the area where he wishes to live, and
with activities he enjoys participating in.
Pulling him away from all that
he knows is totally disgraceful and would not be done to someone without a
disability.
It was initially about cost, now the cost is the same, it is
about power and setting examples for other parents who dare disagree with
Local Authority decisions.
Thank you so much for your support.
Mandy

All the very very best.

Anna , i used to know a wide selection of people who worked with people
with Autistic spectrum disorders . I remember one night ,out of the blue , one
of them grumble that when hesley ran their facility it was better , than the
organisation that currently is still in charge . I only ever heard good words
about the Hesley group as an employer and general organisation.
It Suprises
me that a local authority takes any notice of CQC ratings , which haven’t been
updated in months , with CQC refusing to rate or evaluate their rating if
things have changed , Although when a peer who works on a local currency
pegged to sterling ,asked me what a currency peg is(and i’m the one on work
experience) , you have to wonder just how ignorant some local authority’s
staff are on the matter they are working on .Prima Facie ,very.

Well done for highlighting the callous, incompetent jobsworthiness of these
almost untouchable charlatans.

If the Brunskills need a legal fighting fund, then I would be more than
happy to chip in something if a collection was started.

This sort of bollocks really makes my blood boil. Do keep harrassing these
ridiculous authoritarian jobsworths and their petty interfering behaviour.

And we have to pay for all this on pain of imprisonment!

Am I right in thinking that the head of the Care Quality Commission is the
same lady that was in charge of the Mid-Staffs Morgue? And if so, am I also
right in thinking that, as a testament to the many families she assisted in
bereaving of loved ones, said head left with a £1 million pay off for her
disservices?

Yes. Ms. Bower was responsible for checking standards at the Morgue.

Once more, reward for failure, and the kleptocracy rules.

Its been said many a time that the only purpose a council has is to ensure
the bins are emptied and the street lights work.

When, how, have they involved themselves into so many other areas of our
lives? Seriously, who told them they could do these things?

Something of a tangent, I know, but a few days ago I saw reported on the
regional BBC news that Cumbria Council were setting up to ban smoking,
outside, where there was a children’s playground.

And, the councillor put up to defend the health of the cheeldren? An august
member of the spookily named ‘Health and Wellbeing Scrutiny Committee’. So, if
you’ve not got one already….coming to a Council near you……?