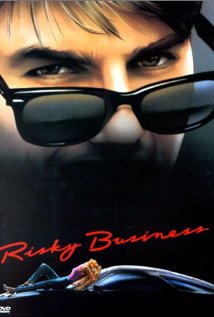 You see headlines like “Bacon increases your risk of cancer by 20%”, “One extra unit of alcohol a day increases a woman’s risk of breast cancer by 12%” and “Two units a day reduces the risk of heart disease by about 17%” every other day in the Daily Mail et al.

Most of these scare stories are actually press releases published by organisations with vested interests in scaring people into believing their twist on the figures. They thrive on scared people who then pester their MPs who then agree to give the organisation a bung or two to do more pointless research. Nearly all the time there isn’t any useful information in the new scientific study.

To understand why I’ll explain what the figures in the examples above actually mean. They don’t mean what you think; and what the campaign groups want you to think.

So how bad is a 20% increase in cancer risk just from having an extra rasher or two of bacon for your breakfast?

Well, to start with about five people in 100 have colorectal cancer in their lifetime. This does not mean that all people die from the cancer, nor does it have anything to do with certain ages.

If all those 100 people ate three extra rashers of bacon every day for their whole life, then 1 (one) more person would have colorectal cancer at some point in their life. It could be months after having starting to have that extra rasher, or 60 years later. The increase in risk doesn’t have any bearing on the time period before the cancer appears.

What about the increased risk of breast cancer in women who drink a teensy bit more than they normally do. How bad is that?

And finally the last example. If two units of alcohol reduces the risk of heart disease by 17% in women (yes I know drinking an extra unit over an above your normal single gives you breast cancer but your heart gets better; that’s the stupidity of all the medical ‘scare’ stories) is that a good thing or not?

If you can, assuming that they ever tour, catch ‘Your Days Are Number’
subtitled the ‘Maths of Death’.

A bloody good laugh and covers the same points as this article but over a
couple of hours and with wit and verve.

I once analysed one of these scare stories that warned smoking increased
chances of developing a certain kind of cancer by 40%.

When everything was broken down what it meant was out of a sample of 6000
people, half smokers and half non smokers just eight more smokers than non
smokers developed the type of cancer under scrutiny than non smokers.

As smokers are more likely to indulge in other high risk activities
(according to ‘official sources’ it’s hardly significant.

Whenever a percentage appears in a statistic related to health we should
always ask, Percent of what exactly?

And in any case, I have heard it said by wiser folk than I that 64% of
statistics are simply made up on the spot.
Also consider the reliability or
otherwise of the source of the stats. For instance, we often hear things like
“It costs the Council £2000 to clear up after each incidence of fly-tipping.”
How do they arrive at such figures? Is it the cost of the mileage of the
vehicle used to clean up and remove the mess plus the wages of the employees
doing it plus the cost of their supervisor and his mileage allowance plus VAT,
and his supervisor, and the wages of all the admin staff filling out the
timesheets, etc? And is any account taken of the fact that these people are
being paid anyway, whether or not they’re actually doing the job they’re paid
to do? Statistics based on unspecified and unverifiable sources always have to
be suspect.

I’ve heard that prolonged reading of the Daily Mail can increase the risk
of ignorance by 100% Is this true?

It’s ok if you just browse it electronically for material though,
right?

It’s not “Government money” it’s tax-payers money, unless I’m wrong and the
halfwits at Westminster do actually put their hands in their pockets to
provide the necessary.

Statistics should only be interpreted by a statistician who is aware of
their true meaning! Too often are they shown in the meaningless context that
you explain, but often they are also deduced from a far too small sample.

My favourite distortion is to argue as follows:
Statistics show that
alcohol is involved in about 35% of serious road accidents (and therefore an
argument as to why we need stricter drink-driving laws)
This means 65% of
the accidents did not involve alcohol, and thus there is almost twice the
chance of a sober driver being involved in an accident.
Therefore wouldn’t
it be better to concentrate on reducing the accidents caused by the 65% of
sober drivers?
Few can see the fallacy in this argument!

Another popular tactic in the ‘Scare Wars’ is that they try to convince
people – without actually saying as much – than ‘an increase of 100%’ is an
increase TO 100%, even when the original risk was something like 0.001.

There is an excellent book that I can thoroughly recommend about the whole
business: RISK, by Dan Gardner. Now that IS an eye-opener.

Bloody hell have you not sussed him out YET !!!

Ben Goldacre PROMOTES bad science – if it is tobacco related!

Sorry – I withdraw that ill advised allegation against Goldacre – it
is purely a subjective opinion! Read the blog and make up your own mind
about Goldacre’s impartiality.. or otherwise.

I’m beginning to think that the scare-mongers have overplayed their hand.
Last week, the National Institute of Trick-Cyclists (or some such body) issued
a report recommending that the over-65s should restrict their alcoholic
beverage intake to about two thimble-fulls per day. This came up on ‘Any
Questions’ (BBC Radio 4, Friday evening), and was roundly dismissed by all
four panellists. A show of hands from the audience (a Yorkshire audience, as
it happened, so a pretty down-to-earth bunch) had not one person supporting
the report’s recommendations.

In the end, common sense and experience will always trump cod science. The
slightly sad thing is that the scare-mongers do cause unnecessary worry in the
short term, and leaves me with the vague uneasy feeling that too much ‘crying
wolf’ might cause us to miss the one that actually does matter.

The simple answer to all these scare stories is to follow the
money!

There is possibly more danger from stress caused by gullible people who
believe the scare stories.

I have gone through my life ignoring every scare story and been none the
worse for it. As you say if you look behind the headlines they are usually
nonsense put up by some fake charity to get government money. I believe we are
all date stamped anyway so just live your life in whatever way makes you happy
and ignore them all.

Has anyone had a grant yet to compute the extra risk of a heart attack from
reading scare-stories?

If they get the grant, they can also figure out how many people have been
killed by the nocebo effect of the fantasticly morbid tobbaco warnings.