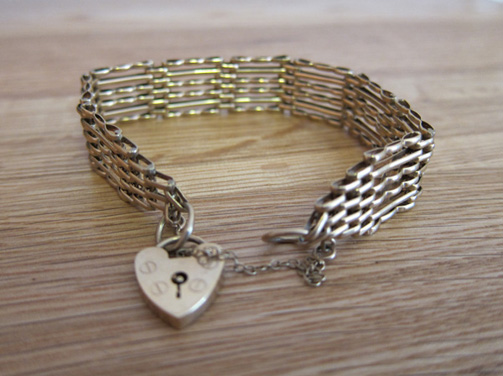 Back in the dark ages, well, 40 years ago, there was a ‘private club’ in the Walworth Road known as the Crusaders. It was a long dark room, lined with mirrors; mirrored balls sparkled overhead, tables stretched the length of the room on either side with banquette seating against the wall and chairs on the other side.

It was the haunt of the ‘box of toys’, the local bank robbers, security van hi-jackers, and safe blowers, the hierarchy of the Elephant and Castle. Your average Joe thief knew not to set foot in there, as presciently as a rat catcher outside the Wimbledon Lawn Tennis Club. You grew up understanding these things.

The men would always sit on the banquettes, backs to the walls, eyes glued to the mirrors on the opposite side – the better to ward off unexpected visitations from Plod, just a few doors down the road – or even jealous rivals.

Ranged opposite them, on the chairs, would be their women. They might all have just tottered out of the infamous Aylesbury Estate, (a vast social housing estate nearby) on their gold high heeled shoes, but they were dressed in the very latest and excruciatingly expensive high fashion. ‘Gilda’s’ on the Walworth Road stocked nothing but the best. V. Penny would sell you a hat fit for Ascot.

There was money around – and nowhere was it more clearly on display than on the right hand wrist of each woman. Looking up and down the rows of women you saw a regimented army of gold gate-leg bracelets. The nearer the kitchen ‘emergency exit’ – the more gates each bracelet held. Woe betides the wife who laid her arm in her lap – she was required to hold it up nonchalantly, glass in hand, for the duration of the evening. I have seen 22 gate leg bracelets, so heavy their owner had difficulty lifting their hand from the table. No matter, each bracelet represented their man’s CV. Every robbery required an increase in the gate leg.

Needless to say, Plod had no difficulty in knowing exactly which of the local villains had carried out the latest heist. His wife was advertising it loud and clear. Getting proof fit for the Old Bailey was Plod’s problem. As in every profession, there is little point in being successful unless your peers know you are successful.

The gate-leg bracelet syndrome seems to be alive and well in the Internet age. Overnight we have been told that TeaMpOisoN have been engaged in the fruitless task of hacking Tony Blair’s little book of friends – that can’t have taken long. It must be a one line entry, and that will be his bank manager.

TeaMpOisoN feelings are wounded, LulSec, a rival hacking group, have been claiming the unwarranted credit for some Data heists. Instead of gate-leg bracelets, they have taken to advertising their misdeeds on forums and private net logs. The opposing team have released them to a wider audience.

“We’re here to show the world that (LulzSec are) nothing but a bunch of script kiddies,” Hex0010, a 23-year-old member of TeaMp0isoN, told the Web site, using a derogatory phrase for inept hackers.

What was presented to the world as the result of dedicated research by FBI cyber security experts – the arrest of the 19 year old computer obsessed Ryan Cleary for hacking into the Serious Organised Crime Agency’s computers  – turns out to be no more complicated than reading the boasting of rival gang members in a chat room.

Now Plod just has to find the proof fit for the Old Bailey, and remember that these days, to be a successful blagger, you have to spell your name with alternate capital letters.

ReGiNaLd 01KrAy would have adapted. There really is now’t new in the world.

Edited to add: For the avoidance of doubt, Ms Raccoon has never, ever, worn a gate-leg bracelet. She was just an observer.

Ooooooooh! Script kidies. Strong stuff indeed in the shadowy world of
computer hacking. Still, even if they arre scrpit kiddies they are not as
inept as the script kiddies who write Microsoft Windows operating systems and
make all this hacing possible.

Low blow I confess. It is the basic flaw in the original design of the IBM
Intel PC that is still at the root of the problem.

I always thought the government missed a trick, and should simply hire the
hackers instead of prosecuting them?
http://outspokenrabbit.blogspot.com/

Well the FBI seems to manage getting 1 in 4 to snitch on their comrades, effectively getting
them to run honey pots to trap the ex-friends.

I’m confused – surely with more links the bracelet would become too large
to wear (as its internal diameter increased?

Anon, you misunderstood. An extra “gate” is added to the width, not as an
extra link.
(ex-Deptford/Catford lad, I remember those days)