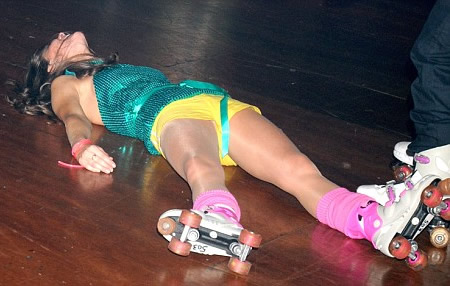 You canât be late today.

Such a lovely day! Soooooo romantic! She looked stunning!
And to
complete the romance Harry and Pippa will be at it like drip hammers during
the reception!
Tra la la!

THE ROYAL FAMILY HAVE SECURED ANOTHER DIANA TO PRODUCE HEIRS.

Only hopefully this one isnât mad.

Donât worry. This one looks as though sheâs got all of her marbles. And
sheâs got her Mum to sort her out if she even thinks about being
silly.

Morgan-the-Organ is glued to the box. The tunes will be his meal ticket for
the next three years.

Being late is the brideâs prerogative â itâs the only time Royalty can be
kept waiting. All happiness thoughout a long life to Wills and Kate.

Is she lying there awaiting the royal perogative?

Old joke about royal wedding night formalities:
The bride must start
proceedings by saying, âI offer my honourâ. The groom replies, âI honour your
offerâ.
And he was on her & off her all night.

Do you think he needed a pre-nup. She could walk away with half the
monarchy at some point otherwise.

Iâve been oh so worried, I havenât slept a wink, NO seriously I havenât,
BUT I dare say, thereâs probably a completely different reason WHY!

Good luck to both of âem â may they have a long and happy life together! I
reckon heâs got a good âun, there.

Nice to have something good to celebrate â put all the troubles of politics
and the sadder side of humanity aside for a day and have a bit of a party.
Even the BBC managed to cast off itâs pinched-faced cynicism earlier on the
Today programme, and reflected the happy moods among the crowds in London.

Ah, good luck to her â the mad fool

Things to do while THAT weddingâs on
walk the dog
tidy the
shed
weed the garden
defrag the pc
wash the car
combinations of
the above until itâs over, walking the shed is going to be a challengeâ¦