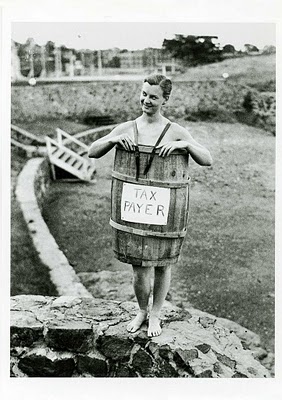 What is the date most closely identified with HM Revenue & Customs? Christmas Day? Boxing Day? Or perhaps April 6th – the start of the new tax year?

I would say April 6th, when new tax codes come into operation, previously legal tax ploys are outlawed, new tax advantages revealed, and the world and his accountant beat a path to HMRC’s web site to brush up on the new rules.

When you want to make changes to your web site, do you not set up a mirror web site, play to your hearts content, and then when you have got it running superbly, switch it over to your ‘real’ web site?

This year, accountants are going to have to rely on the ‘not very acceptable’ telephone service for information – HMRC are shutting down their web site from April 2nd to April 6th for ‘routine maintenance’.

Here I am with all my tax return info ready to submit and their website is
down! On April 6th ! How ridiculous. I’m due a tax rebate too so I can’t get
that into motion either.

At least they’ve given formal notice, unlike the downtime on the Self
Assessment site in previous years where it just decided to go down on its own
at the most interesting time.

They’ve decided that the procedures are now too easy to understand so
they’ve got to go through and ROT-13 all the text.

They probably need to get the work billed before the end of the financial
year. For tax reasons, you understand, and to avoid their budget being
underspent.

Actually, they will also be changing over the staff during this time as we
have recently redeployed the encumbents at IPSA because we need staff who are
competent at dealing with expenses claims.