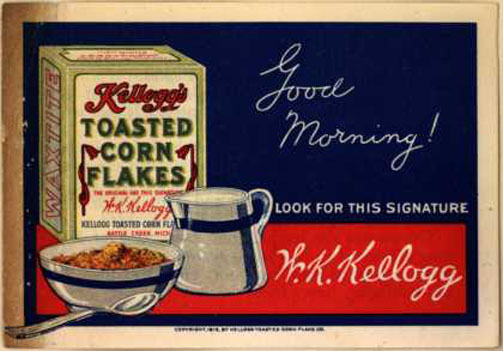 OMG! Mineral oils will give you cancer, you will have organ failures, your body contains this contaminant at levels 100 of times recommended guidelines. All this coming from a green product. Recycled cardboard used in packaging foodstuffs. You’ve probably had your breakfast already, but the cardboard in question is that for packaging your cereal. Hopefully you will still feel OK at the end of this post.

However it’s not as clear cut as it first looks.

Dr Koni Grob is the scientist who has discovered this latest health scare. However he hasn’t discovered it this year. Or last year. It seems he first discovered the problem in 2006. Back then he said that he wasn’t trying to start a food scare,

In 2008 he announced that mineral oil is probably the largest contaminant in the human body. He gave the example of a sunflower oil being contaminated with mineral oil at levels of 1000mg/kg which led, it seems with his help, to the EU imposing a limit of 50mg/kg as a safe level for mineral oil. Back then he was worried that safety of consumers was being ignored when he found that certain foods has levels in excess of 50mg/kg. Such as processed oily fish. And some products had levels of 1000mg/kg. The levels at which he says is a health hazard in sunflower oil. It seems that they naturally have these high levels.

In 2011 he announces that mineral oil is leaching into your breakfast cereal from the cardboard box. To make is sound scarier, he says that it even gets through the inner plastic bag. Even scarier still, even though he doesn’t want to create a health scare, he says that other scientists have shown that mineral oil can lead to inflammation of organs and worse of all – cancer. The levels at which he found the mineral oils in the foodstuffs was above the levels defined by the EU.

It’s used a lot in food preparation such as butchers blocks and baking. It has been tested on animals, where it’s been found that 80% will be excreted straight away as it’s a very unreactive compound. The rest does stay in the body, but not forever. It disappears within days. Now if you eat something containing mineral oil it could build up to dangerous levels. But take into account that 50mg/kg level. Unless you eat cereal every hour of every day and eat oily fish for every meal, you will be ingesting minuscule amounts of mineral oil and most of that will come straight out of your body.

There are some clues to the fact that this is not a health scare, but more a bit of publicity seeking from the Dr as he tries to get more funding for his research projects. He’s been doing it for a number of years and nothing’s been done to stop it. The supermarkets aren’t ripping cornflakes off the shelves leaving them bare and empty. And the FSA isn’t telling people to throw away their boxes of oats.

The MSM should stop churning out these press releases and actually do some research. The problem is that there has been so many of these health scares and scientists giving contradictory health advice (alchohol is bad for you at any level vs. red wine is good for you) that the cry wolf parable might come true and the public will hardly believe them about a real scare.

There is some truth that mineral oils are a health hazard. But not because of what Dr Koni Grob says. But because they can be a laxative.

“Now, I’m no scientist, so please shoot me down in flames…….”

Tried to, but you’ve not yet eaten enough cardboard.

They did an experiment once where a group of mice was fed on cornflakes and
another group was fed on the cardbox box in which the cornflakes were sold.
The group eating the cardboard apparently thrived better.

Anyway, if mineral oil is bad for you, what about mineral water?

Ref. the MSM. Facts don’t sell papers – scare stories do, which is why the
necessities of civilised society either cause cancer and/or CAGW.

Erm, I might have missed something here, but hasn’t somebody told the good
doctor that you’re supposed to eat the cereal, not the box?

Does anybody know of any substance that science has proven to be completely
safe? If one exists, I don’t know of it – despite which, many people seem to
attain a ripe old age.

Don’t panic, that’s my advice. Have a Hamlet, a large mug of very
caffeinated coffee and a chocolate muffin. It’ll do you good.

When my Dad was terminally ill, he could only eat cereal. When the nurse
saw what my mother was feeding him, she advised that he ate the box also
because it probably had a higher food value than the contents!
Dad died
of cancer shortly after, so that clearly proves it doesn’t it!

The cardboard having a better calorie count that the contents myth was
tested on Mythbusters.

Oh, and no substance is safe. Even water in large quantities will kill
you.

So sunflower oil is 100% mineral oil? Or were you being facetious?

Apologies for being obsessive.

Ooops! Sorry about that howler, I put it down to having a ‘senior
moment’.

Thanks for the correction.

It never surprises me to find that something instigated by
‘environmentalists’ is harmful but, as one that has lived a long time around
the products of the fractional distillation of petroleum, I’m happy to ignore
most such scares.

Hand creams contain mineral oils and are absorbed through the skin (as
intended). What about lipsticks and lip salves? And hair treatments?

If it’s poisonous to the body, it will not matter much whether it’s
ingested of absorbed, so this is looking like just another scare story by
vested interests.

According to the fount of wisdom aka The Daily Mail, every known substance
either gives you or cures cancer (& sometimes both at once)!

I’ve heard that much higher levels of mineral oil can cause contact
dermatitis in some people, but I’ve never heard of it being
carcinogenic.
Something with a similar name, the soluble oil used by
machinists, definitely was after years of exposure. It used to splash out at
groin height which gives a clue to the result.
The modern replacement uses
different compounds and is reckoned to be safe.
Trekkies will note that
reversing the good doctor’s surname makes him look a bit sinister…

Am I not right in thinking that newspaper print contains mineral oil? So
reading the Daily Mail could give you cancer? Whod’vethoughit!

Yes – That is why the chippys were banned from wrapping your cod and
chips is newspapers.

Personally I don’t think I know anyone who died from chip-wrapper
newspaper poisoning!

Yep, the research into mineral oils causing cancer was in the late 1800s
and was in the case of tool setters who were pretty much immersed in mineral
oil all day and every day. However the mineral oil had loads of additives in
it, plus the presence of polycyclic aromatic compounds confuses the
issue.

Anna has tempted me back in to humour (the bloghost made me do
it!).
Steam cleaning works on oil spills. A few good stories about
asylum seekers being given Learjets and yachts at the Benefits Office
should get the steam coming out of the readers’
ears and flush out the
oil.

All my cereals are kept separate from the cardboard by a plastic wrapper of
some kind.

I spotted this yesterday, don’t know if it’s real or not, but decided it
was more likely another green driven unintended consequence.