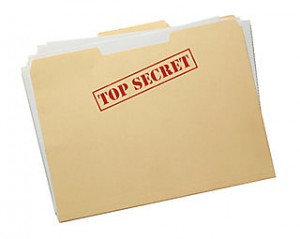 The Department of Communities and Local Govt have recently published these forgotten documents commissioned by the previous government but for some reason not released until now. It should be noted that the cost of these 16 documents was Â£691k. The previous government didnât seem keen on showing how taxpayers money was being spent on these deep and meaningful documents that extend and enrich the policy making decision making process undertaken within the various sections of the DCLG.

They hold an interesting combination of words in them â not necessarily in the right order it seems.

Hereâs one called Behavioural change approach and the housing sector: a scoping study. It seems to come from Sheffield Universityâs Town Planning Dept.

From the first paragraph of the executive summary: This project explores the potential benefits from applying a behavioural economics approach to the analysis of the attitudes, perceptions and decisions of actors operating in the housing sector. The central features of this methodological approach emphasised here are that: economic agents operate under bounded rationality and sometimes use rough rules of thumb to negotiate uncertainty; the limitations of incompleteness of knowledge can be compounded by creative and imaginative capacities; individuals are socially embedded; durable rules, habits and norms are significant and shape beliefs and attitudes; and emotions are a key part of ârationalityâ. This contrasts markedly with the methodological individualism and narrow economic rationality associated with the mainstream economics approach.

Another one from the Collaboration, innovation and value for money: final report of the call-down project.

Our research suggests the following definition: âInnovation is the collaborative development and implementation of new ideas, knowledge, products, services or ways of working that significantly enhance previous activities, drawing on the resources and skills of a range of partners and users to create partnership-based financing, decision making and production systems to improve performance and outcomesâ.

Could dictionary.reference.com do a better definition of innovation?

A study to determine whether it is possible to produce Gross Value Added data for upper tier local authorities from Cambridge Econometrics. If youâve ever wondered how to get ahead in the cut throat world of public sector consultation then have a go at this methodology statement:

I hope this hasnât blown your brain and you can still do some work today!

Is it perfectly sad that I actually understand some of this drivel? Quite
why the DCLG commissioned it remains something of a mystery!

On the behavioural economics stuff I wrote a blog post:

Earning Â£691k? Itâs so easy, anyone can do it! All you need to do is completely
extend high-quality infomediariesâ¦

I believe the first bit claims that economists use rational data while the
others use guesswork and imagination.
Is there a prize if we get them
right?

Someone else has decoded the first one to mean âThis looks at the
behaviour of people in houses from the point of view of economic theory
which says that people behave rationally. But when they are not sure what to
do they resort to rules of thumb which come from their background, the
people they know, and their habits. In other words, they do not behave in
the way economic theory says they are supposed to.â

As for prizes, who knows (other than the original authors and they were
probably on something) if they are right to be able to give a prize!

The sound to me like the sort of way a stupid person tries to pretend to be
clever by stringing together reams of words that are longer than six
letters.
Or perhaps a very clever con artist.

Well, is that not the purpose of sending â50 per cent.â to
university :  to teach them to string together a load of drivel
that can then be used to justify their being given government jobs (or jobs
in the private sector trying to cope with ever more legislation) and â to
all intents and purposes â receiving benefits ?

To-day we learn that the Coalition is to âencourageâ colleges to require
lower grades at A-level of those from âpoorer backgroundsâ.  As if
standards were not already dismal.  How, one wonders, will
vice-chancellors set about the implementation of this ridiculous
idea ?  Shall we see the perverse situation in which parents buy a
second home on a sink estate for Junior to use as a home address on
application forms ?

Why, then, is all this happening ?  Hereâs why :  a
political class with no understanding of economics or the natural sciences
cannot afford to have a more capable generation coming up behind
it ;  cannot risk discovery, for example, of the frauds it has
perpetrated in the name of âsound financeâ (baling out the banks) or
âscienceâ (the anthropogenic-global-warming fraud).

Such projects could only have been commissioned by a government that shows
disdain for their trusteeship of taxpayersâ money. They look like a forlorn
and casual search for policy based evidence, an all to human failure of
reason. We should not be surprised by this contemptuous culture that grew in
New Labour. They never did humility. Any decent person would be mortified at
losing, through bad judgement, so much of other peopleâs money, but no, these
people are âborn to ruleâ and have no shame.

Is that something thatâs been run through Google Translate one too many
times?

Err, meaningless drivel written by a computer? An early but failed attempt
at an AI program?
Itâs no wonder NuLab spent the country into penury if
they were commissioning such blatant wastefulness.

It reads just like the output of the âPostmodern Essay Generatorâ â here
give it a go!

Nice one â Iâve been in those meetings.