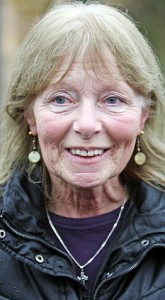 I spoke to Carol Hill last night, the Daily Mail had given her my number here in France, and she rang â in tears. Quite overcome by your generosity. It wasnât just the money, she said, it was the knowledge that so many strangers wanted to show her they cared. Almost exactly the words Nick Hogan and later Sheila Martin used.

I told her that my original plan had been to try to raise the Â£303.72 that had been deducted from her compensation for her temerity in speaking to the press after they approached her. I had imagined that you might be fairly generous, but that I should be able to afford to make up the shortfall.

It took you just 24 hours to step up to the collecting plate, urged on your way by the helpful blog posts of Subrosa, Leg-iron, Julia M and of course the originator of the idea â The Penguin.

All day and all night the unmistakable âpingâ of yet another e-mail confirming one more Paypal donation rang through the house â quite extraordinary given that you were all struggling with Paypal, difficult enough at the best of times, but near impossible in French!

I still donât know the precise final total, some of you were defeated by Paypal and have sent your donations direct to the account I set up â it will be two or three days before they filter through to the statement.

However, I can tell you that you comfortably exceeded the original target, and today I shall be arranging a ceremonial cheque with Carolâs Union for the Â£303.72 â hopefully to be presented in a way that will cause Great Tey Primary School maximum embarrassment and publicity â the balance I will forward onto her when the snail like French banking system gets it all in one place.

Yet again you have bought a smile of relief to the face of someone who was quietly being crushed by the full majesty of the State. That is a remarkable achievement, The Blog Society at work once more.

I sometimes wonder if there is any other purpose to a blog?

Thank-you, on behalf of Carol, your contributions and the thought behind them has been greatly appreciated.

Glad we could help you.

Carol â for every fool like that headmistressperson there are a hundred
good people. Thank you for giving us the opportunity to be part of that
hundred.

Is it too late to donate? And if not, where is the âDonateâ button? I see
none!

This is the original post which has the donate button. Anna is already
collecting the money together but Iâm sure sheâll ensure that your money
goes to Carol.

Of course, it might be almost a kindness to let the great and the good in
the world of Great Tey know how well the real world thinks of them. http://www.greattey.net/index.php?id=8
Still looking for
e-mail addresses for the school governorsâ¦

A big hug to everyone who got this off the ground.

I insist on being hugged by females only,pretty please, and pretty ones
please.
Anna is still our best beloved!

This is absolutely brilliant.

Whatâs that they say about âRevenge is a dish best served coldâ?

It would be nice if the MSM followed up with an article on this. It might
make some of the other Righteous think twice about their actions in the
future.
To help out this lady does give a warm fuzzy feeling inside.

Well done indeed all. Gildas, the only way by which that sensible action
would be taken is if the parents withdrew their children from the school until
the decision was made.

Well done all.
For once I have a very clear view on this matter, no ifs
buts and maybes .
The school should be absolutely ashamed of its self and
the head and governors sacked.
End of.
G