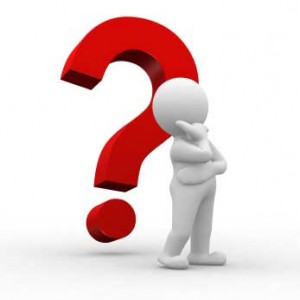 A sleepless night thanks to Sister Eva Longoria!

An hour later I arrived at R v. Stone and Dobinson (1977) CA. I lie. I didn’t get the actual date until half an hour later when I got up, fired up the computer and Googled the answer.

Thank-you Eva, I haven’t suffered that much panic and unrest over my failure to remember a case name since my law finals.

The reason why R v. Stone and Dobinson had suddenly become so important to me was that it was decided before the totalitarian nanny state had taken such deep root in our society. In many ways it mirrored the case highlighted by Sister Eva this morning. Both Stone and his Mistress Dobinson were successfully prosecuted for manslaughter following his sister’s death from malnutrition. .

In general, there is no ‘good Samaritan law’ which obliges us to do more than is ‘reasonable’ – the lawyer’s favourite weasel word – to help another human being, nor even to save his life. We may have a moral expectation that bystanders will do everything possible to save our life – but they, at common law, have no duty to do so.

Perhaps, taking into account, our perfectly natural moral expectation, we show repugnance towards the notion that anyone might be prosecuted for a failure to save another’s life.

It has been reported that West Midlands police have arrested the parents of Samantha Hancox who died, apparently of self neglect in her parent’s home last May – on suspicion of manslaughter.

Samantha was not a helpless baby. She was an adult woman. Her self-neglect was just that, self-neglect, not as a result of deliberate actions by her parents. Her parents are elderly, we are told in poor health – not that this should be in a bar to a prosecution, you do not acquire immunity from prosecution just because you are at death’s door – though those of a compassionate nature may demand it for people they approve of, remember the outcry at al-Megrahi not being ‘sufficiently’ punished when he was ‘believed’ to be at death’s door and you will soon see that the ill health of the alleged perpetrator has no rational foundation.

I am not falling over myself to see a sick 70 year man prosecuted for failing to prevent the outcome of his daughter’s actions, albeit that they led to her death, and we may all be very premature in our articulation – for Mr and Mrs Hancox have only been arrested, not charged, so I don’t intend to speculate on their particular case, but rather on the general principle.

Stone and Dobinson were convicted of Ms Stone’s death because they had assumed a duty of care towards her by taking her into their home, and then failing to obtain for her the care she needed.

They were not responsible for her because she was related to them, but rather because they had taken her into their home, their sanctuary, closed the door behind her, and then failed to call for or facilitate the admittance of those who could have cared for her – and that is the salient point.

The alternative, if you care to look at it that way, is that the State automatically assumes the role of carer for anyone who is vulnerable, sick, aged or infirm, wherever they happen to be. This would inevitably give the State the right of entry to every private home, merely on suspicion that there might be a person in need of the State’s particular brand of care. The state has far too many reasons to enter our homes already – do we really want to see them have the right to enter our home and remove our elderly aunt because she is no longer eating five vegetables a day, despite being perfectly healthy?

At the moment, with the exception of the current hysteria surrounding children, the State does stay at the doorstep unless we ask for help caring for those we have assumed responsibility for. Undoubtedly, when we do ask for help, the State is frequently lax in providing what we may think we need. If we fail to provide care to a reasonable standard, and inevitably if someone dies and it is unclear whether we have correctly performed our ‘duty of care’, then I see no harm in the police investigating whether we have done the job we undertook to do – ‘the care’ – to a legal standard or not.

It is sad, and emotive when that involves the arrest and questioning under caution of both a sick person and a close relative who is undoubtedly grieving, but the acceptance of the burden of caring for another adult is one of the few areas left where the State allows us to exercise personal responsibility. We make the decision to care for that adult; we are at liberty (despite the difficulties and burden of guilt social services are wont to heap upon the reluctant carer) to refuse to care any longer. We must accept the penalties if we stand to one side and allow the situation to go tragically wrong.

We cannot condemn the State for – in the case of Steven Neary – interfering in the perfectly reasonable care of an adult – but then demand that no sanction be applied if the care is not reasonable.

I am more than aware that this is a dispassionate look at the law, and does not take account of the emotional blackmail that may be present in some homes, and the lack of social services when things get too difficult – but the law is supposed to be dispassionate, and all that is happening to Mr Hancox at the moment is that the situation is being investigated.

Is that so wrong?

And will you really cheer if he is prosecuted and cleared – if it is proved that even in what you may consider to be your home at the time, behind closed doors, away from prying eyes, you have neither moral nor legal expectation that a bystander will do all they can to save your life?

They “have only been arrested” well that is ok.
Dont forget that they
were born when only criminals were arrested.
That they may not have the
incredible clear insight and legal knowlege you have.
And what happens when
one of them dies? who gets arrsted then.

“And what happens when one of them dies? who gets arrsted
then.”

If they die in police custody, prison, or a hospital, I know who
won’t get arrested!

This story is a candidate for the Moral Maze.

The grown daughter refuses external assistance. The parents love the
daughter, and so respect her wishes.

They realise calling in assistance will be seen as a betrayal by the
one they love. Betrayed by the only people on earth she thinks she can
trust.

If the above are the facts, then they have my total sympathy.

Noted. All I know is that this poor young lady could and should have been
helped

No humour from me on this one. One thing that strikes me as odd in the
Hancox case is that if her underlying problem was the fear of germs there is a
very effective treatment for phobia based on Eysenck’s behavioural therapy. A
C4 series called The Panic Room showed the dramatic results obtained with a
wide range of common and uncommon phobias.
Unless the woman refused
treatment it seems an extraordinary length of time for her to suffer. I’m not
a medic BTW, but several family members are.

Dioclese – are you sure you’re not me, and your sister my sister?

I’ve got two sisters – the other one is my best friend – but the one I’m
talking about … I prefer popcorn myself.

Help! I’m in the dock again! I didnt do nuffink! If I was there it wasn’t
me!
Now I have to say that I have been accused of causing a few sleepless
nights in my time, but not like this….!
I’m going to have to digest this
carefully…!

So often now anna, though not in the stories you relate, people are
reluctant to get involved because they fear prosecution for violating the
‘rights’ of the person they are trying to help.

Very clearly laid out Anna. I can’t understand why you aren’t a Law Lord.
It will be interesting to see the detail of the Hancox case if it ever sees
the light.

This is a real problem for me. I wouldn’t cross the road to piss on my
sister if she was on fire in the gutter. Does this mean I would be prosecuted
for buying a bag of marshmallows and a toasting fork?

Nicely laid out what the legal situation is. Thanks Anna.

The law should be dispassionate, but many times the human factor gets
involved. In this case Sandwell Social Services.

I would add that Samantha Hancox died in May 2010 so the case has been
progressing for some time. They were arrested shortly after Samantha’s death,
and it has been over 7 months that they have been on police bail while the
case has been looked into. Is this fair? Justice delayed etc.

What is the cause of the delay. Police checking everything properly and
doing a thorough job, or more likely bureaucratic nonense within Sandwell
SS.

The finger points towards Sandwell SS for another reason. Mr & Mrs
Hancox claim that they asked for help from the SS but never got it. So it’s
not such a clear cut case of neglect when the help asked for doesn’t turn up
through no fault of the parents.

I agree about the Sandwell factor SBML, it raised my hackles when I saw
they were involved – but on the other hand, we are not party to the
conversations involved. Were the council asked for care in a form they were
unable to provide? Did they then get told to get stuffed if they wouldn’t do
what was asked? I am loathe to give Sandwell much benefit of the doubt, but
unless we know the answers to those questions, we cannot really make
assumptions.
I can’t honestly say I ever thought I would be mounting even
a half hearted defence of Sandwell – but based on a Daily Mail article is no
case for the prosecution!

” Were the council asked for care in a form they were unable to
provide? Did they then get told to get stuffed if they wouldn’t do what
was asked?”

And if they were told that? Does that then get them exonerated?

They can’t argue that the elderly couple had a responsibility to
overrule the wishes of their adult daughter yet they have no such
responsibility, can they?

It also sits very uneasily alongside those cases where the state assumes
responsibility for someone yet, when things go badly wrong, twists and
wriggles and obfuscates in a desperate desire to see that state agents ARE NOT
held accountable for it.

It’s the old double standard, ‘do as we say, not as we do’ again…

Surely the concern (among others) with the Hancox case is that it’s taken a
staggering eight months to investigate?

I’m with a commenter on the other thread. I smell arse-covering and a
desperate attempt to kick the can down the road in the hope that the problem
will quietly die down.