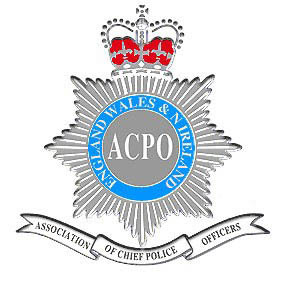 Nick Herbert, the Policing Minister, is set to strip ACPO a private limited company of its undercover role following the Mark Kennedy affair.

I suspect that only a tiny proportion of the population realise that this private limited company has been setting policing policy in this country and is funded solely by the taxpayer, yet it is unaccountable to the taxpayer.

ACPO as a private limited company is not subject to Freedom of Information legislation because of âcommercial confidentiality.

This organisation  than ran Kennedyâs unit is under investigation by HM Inspector of Constabulary and the Serious Organised Crime Agency.

Any other private limited company that was subject to this level of criminal investigation, would be wound up in the public interest and the Directors and officers held accountable for their actions.

Sir Hugh Orde ACPOâs President states he supports a âtransparent accountability frame work which provides public confidenceâ.  Why on earth then was this company set up in the first place and so generously funded by the last Government. Why was a private Limited company running âblack opsâ at the tax payers expense, and according to Kennedy his reports were being read by Blair and other senior Government members. Hugh Orde was in the last  seven months opposing accountable police commissioners , how does that equate then ?

As a final aside I came across this story this morning, the Police station nearest the Tavistock 7/7 blast went on âlockdownâ  as senior Police officers were worried they were going to be the next target. Vital communication equipment then failed and officers trying to get help to those injured were given direct orders to stay put.

This is the emergency services we are talking about, the emergency civil power, the frontline policemen and women and the public were let down by Police leadership that failed and just froze.

It is time to have ACPO stripped of funding, closed down and its records secured.

Without wishing to bore you all with a rant, please understand that acpo is
nulab / common purpose, with a blue flashing light on. A greatly respected
Chief Constable who knows many involved well, describes them as âabsolute
shits of the first order.â

@annaraccoon2010 Anna, Surely if you just wind up the Government,
everything else will fall into place?

Quote, âHello!? Is there anybody In There?! Just Nod if you can Hear me!
Is there anyone at home??!!â Unquote.

As far as I can fathom it, and as far as reports tell me, itâs true. Should
be disbanded.

I must admit to wondering whether they are âAll Reet Shysters!â as such,
but Iâm sure time will tell. Then I might loudly pronounce!

ACPO will be brought under the terms of the FOI act according to recently
announced plans about what the coalition government wants to do with the act.
Still would be better to destroy it, ACPO that is.

Thatâs rather like slapping a fraying rope muzzle on a rabid dog and
promising it wonât find it so easy to bite next time.

Better to just take the thing to the vet for the Big Sleep, surely?

Well said Andrew. Iâve been banging on about this private club for ages yet
the general public donât seem to be interested.