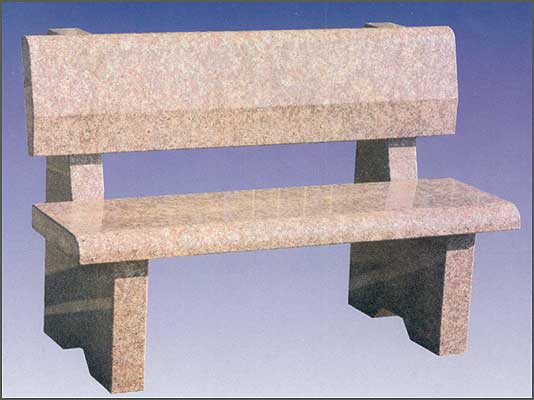 In the crowded field of the economically suicidal, Liverpudlian councils are renown for their ability to rise above the common herd and lead by example.

The local MP is Bill Esterson, an ex-Medway Councillor, who the local population voted into place by a majority of les than 4,000 – a result which surprised some, knowing the predilection Liverpudlians have for supporting those who would bleed the tax payer down south.

The local council are now faced with cutting around 1,000 jobs from their force of low paid public sector workers in order to help cut their budget by 28% after George Osborne cut some of the featherbedding grants they have become used to in the last 13 years of Labour rule.

You might expect the local council to be doing everything it can to minimise this loss of jobs – but old habits die hard.

Last night the council were locked in debate over their latest expenditure:

3 granite benches to be sited outside Sefton market at a cost of £26,000 in order that ‘footfall’ to the market might rest its backside for a moment

The total package is £110,000. Sufficient for 9 full time employees on minimum wage – or three oversized backsides to be parked in comfort. It’s a no-brainer isn’t it?

Guess which option the council voted for?

Yup, that’s right – spending £110,000 on ‘upgrading’ the market area. At least they didn’t try to claim it was to forestall terrorist outrages – see Newcastle Council.

Ummmmm…. sorry to piss on your parade but the councillors of Southport
dismissed the plan for three granite benches etc etc. Get your facts right
next time….

Anna’s article was written on the 17th taken from this article I suspect. The other article in the Liverpool
Echo was published on the 19th. The actual council meeting was on the
evening of the 17th I think from reading the articles.

So the article was written before the councillors decided to see sense
and not proceed.

Nothing. See our local council…

They are going to waste £25m on pathetic and totally pointless transport
systems. This is intended to cut congestion.

First plan is to rebuild 2 bus stations – as you can understand this
doesn’t affect congestion at all apart from when they do the works making it
much worse. Second is car parking information boards whilst closing a Park
& Ride encouraging more cars into the town centre. Of course the plans
also include replacing a roundabout with a traffic light system.

I will bet you that within a month there will be complaints about teenagers
roosting on the benches, fights with bagmen, and the police thinking “if there
weren’t these benches, then we wouldn’t have to keep responding to
complaints”.

The bronze will be nicked. The police will just wish that the granite
benches could be.

“Granite? Isn’t that radio-active? So in Bootle they will be nuking
people’s rear ends? ”

And then you have Dick Puddlecote and his story about Sutton Council doing similar wasteful stuff.

Living Up North Anna, I’m inclined to want the UK to split into three.
North and Celtic, South-West and South East. We could run our economies to
suit actual needs. N & C (Eire could throw in) would get the oil and gas
and invest this in industrial renewal and new energy tapping.
Instead, of
course, we have dolts making decisions about granite seating, and others who
have made much more intelligent but selfish decisions about where to invest
money. We are regularly promised relief through the Private Sector Cavalry,
but one suspects they ride granite horses in the square mile of the City.

Granite? Isn’t that radio-active? So in Bootle they will be nuking people’s
rear ends? Perhaps it should be cordoned off and the population only allowed
out after full decontamination.