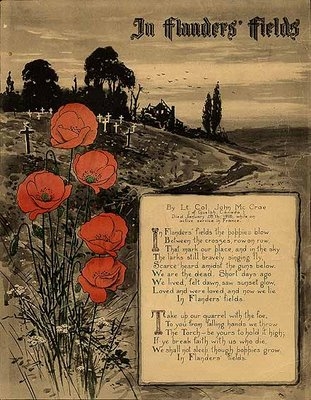 In a forest in Northern France lies the little town of Compiègne. There you will find an exact replica of the historic railway carriage where Foch and Erzberger signed the agreement which ended the terrible bloodshed and carnage of World War I.

It is a replica because the Germans took the original back to Germany when they invaded France yet again in World War II. As the advancing American troops convened on the town where the German army had hidden it, the Germans set fire to it and destroyed it irretrievably. War has always been about symbolic acts – the flag erected, the shrine destroyed, the hurt inflicted.

Today we – or some of us – will stop for a moment or two at 11am and reflect on the deaths of the healthy young men and women who fight for our ‘honour’. We might even stoop our heads for a brief second. Unless we are personally affected by the current death toll of 342 we will not otherwise be disturbed en route to buy the latest DVD from Virgin stores or whatever we were doing.

The death toll is updated in respectful tones on the evening news, the names read out in parliament with as much haste as they think they can get away with before the important business of the day – Prime Minister’s Question Time, the hurly-burly charade that passes for democracy and accountability in the UK – the very things we are allegedly fighting for in Afghanistan.

We barely mention the lives destroyed, the misery not circumvented by a merciful death, endured by those injured whilst fighting to ‘protect our country’. Occasionally we see the ‘successes’ of Selly Oak Hospital – the men trained to walk on metal legs, the prowess of the basketball player who manages with one arm and no legs, the marriage of the man who was never thought able to walk down the isle, but we do not dwell on the unremitting horror of the lives of those disabled by ‘protecting us’.

Indeed, we have only started publishing figures in the past few years. 3,919 men and women who required Aeromed evacuation from the front line back to the UK. That doesn’t take account of those whose screaming nightmares and desire to blot out their memories with drugs or alcohol have left them unemployable. The nearly 4,000 on those Aeromed flights were just those with an arm blown off, or the fingers of their right hand missing who were not judged fit to return to a ‘normal life’ in the UK on a regular flight……..

We could do worse than to give them a thought today, alongside their fallen comrades.

Particularly those of us who were so exercised last week by the remarks of Herman Van Rompuy on the death of the ‘homogeneous nation-state’. I am not a fan of the EU, it is corrupt, incompetent, inefficient, unwieldy, bloated, and falls far short of the transparency and accountability that we deserve in a democracy.

That doesn’t mean that I support those who would send young men and women to their deaths, and to endure malevolent lingering ‘lives’, to defend a line drawn in the blood soaked earth by long dead generals. The nation-state is an artificial construct, drawn up by negotiated expediency in the wake of exhausted armies. We tend to think in the UK that because we are an island that this truism doesn’t apply to us – we forget Northern Ireland, happily included in the ‘British Isles’ by such expediency. Actually further away from us than France…and the Falkland Isles, and Gibraltar.

The armchair ranters who say they ‘will die’ defending ‘their’ island nation are already part of the mini-globalisation that created the British Isles, and it is not they who will be required to stand in the face of a man who wishes them dead over a line in the sand; it is not they who will return home to recreate a life on metal legs; to find pride in winning a game of basketball sitting on your backside.

War is obscene. To wage it over an artificial boundary more so.

Here in France, Armistice Day will be observed in silence. The shops are closed, the roads empty. (The boulangerie will open this morning, it even opens on Christmas Day; fresh bread daily for every citizen is embedded in the French psyche since the revolution!) At 11am every village memorial will be surrounded by a solemn and silent group of aged men and women.

They are part of the same generation of elderly men and women in the UK who are jostled aside as people rush for the morning train, mugged for their pensions as they totter down the street, left to lie in their own urine in care homes across the country.

43 years ago today, I gave birth to a son in St Georges Hospital on Hyde Park corner. At precisely one minute to eleven. One minute later a 41 gun salute just outside the window of that delivery room roared it’s welcome to the young man. Coincidentally, it is the exact same 41 gun salute that is fired to welcome a Royal birth – it certainly impressed the midwives.

Today the guns will lie silent in Hyde Park. In recent years the King’s Royal Troop only honour Prince Charles’ birthday in February in this way.

They won’t even be doing that this year. I shall have to settle for hearing the roar of those cannons on a Youtube excerpt.

My 22 year old son went down to the war memorial in our village at 11.00
yesterday (I was at work) There were 8 people there in total – the other 7
were all of an age to have lived through WW2. There will be many more on
Sunday

My father lost his brother in WW2 and remembrance day obviously meant a lot
to him. Although my father has been dead for 20 years it is still an important
day in our family and I do hope people continue to remember.

Those who have made the ultimate sacrifice will never be forgotten.

“Unless we are personally affected by the current death toll of 342 we will
not otherwise be disturbed en route to buy the latest DVD from Virgin stores
or whatever we were doing.”

Er, no. I have seen one uncle (Northern Ireland) and one cousin (Iraq)
buried. I have seen the shattered physical and mental remnants of another
relative who was in Bosnia and still lives, somehow, and seen the haunted,
angry and silent men created in every generation of my family since WWII. Our
army family may have no one in Afghanistan to lose, but Armistice Day is for
all the dead, and all those left behind.

My mother’s father (Walter) joined up slightly under age. The details are
sketchy but this is what I understand. His nickname in the battalion (a
Lancashire regiment) was “baby”, on account of his youthful looks. He went
over the top and was shot. The Germans counter attacked and were bayoneting
any left alive. He played dead in a shell hole. The Brits counter attacked and
he was rescued, and rehabilitated. Needless to say, he had a romantic
encounter with a titled lady who was a nurse (well, so it is
said)
Meanwhile my father’s father was in the Grenadier Guards. I do not
know the specifics of his history. He was a darker character and my father
does not speak of him.
In 1944 my father waded over the bodies of his
comrades on D Day, as a commando landing on Sword Beach. He helped relieve
Pegasus bridge. And killed a young German in hand to hand combat and has never
forgiven himself for it.
I still carry that guilt.
What a terrible
day.
On the going down of the son…

Poppies had absolutely no chance of surviving today in the wind. Mine was
blown off in about 1 second.
I do remember and respect this time. Mainly
because I’m an old fool and ex services. But I don’t like my Country any more.
Or to clarify, I loath the scum politicians but DO like the lovely people I
met today in the fish mongers/library/shops etc.
I have been guilty of
keeping very quiet for 23 hrs 59 minutes and then blurting at the wrong time
in the past. Sorry.

For disturbing but gripping accounts of the effects of war see:
http://bloodinthesand.blogspot.com/

I take exception to the “armchair ranters” line.

For seven years I was a professional soldier. For seven years I was
prepared to give my all when ordered so to do. When I was honourably
discharged on completion of my contract, I continued to be ready as a Long
Term Reservist. I joined the British Army at 18, and I was only released from
service when I reached the age of 45.

I remember my training. All of it. Self-defence, fieldcraft, survival
techniques, escape and evasion, route denial, demolition, water supply, and a
thousand other things. I am ready to re-use all of those skills.

As soon as I need to leave my armchair, I will.

I have been defending this country since I was a teenager, and I have so
far spent most of my life being ready to defend it. I have earned the right to
rant. From any chair of my choosing.

I had forgotten that they don’t do that sort of thing in Britain. But then
I have forgotten a lot of other things about the land of my birth, Thank
Heaven.

A large part of the problem is that us oldies are getting fewer and the
schools no longer teach history – or anything else apparently.

Here our village memorial was surrounded by a solemn and silent group of
aged men and women and an increasing number of younger members of the village,
something I hear does not happen in the UK. This year the Mayor departed from
the set address to specifically thank us British for what we did.