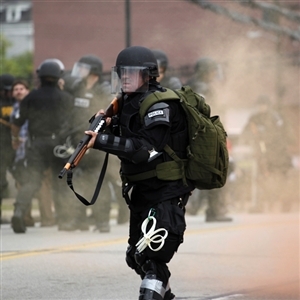 Yesterday evening a new ‘fly on the wall’ documentary started on TV called ‘Coppers’, as an expose of the work of the Police it was very effective as various twitter comments started pouring in in support of the boys in blue.

‘You can see what they have to put up with’ , 300 hours community service for killing somebody in a car etc etc.

I caught up with this programme on Channel 4 +1 because I wanted to see why apart from cheap production costs for the film maker, the Police felt in neccessary to cooperate with yet another film on their work.

Having watched this programme I can understand why- media management. In the olden days it was called propaganda.

The Police are not having a good time at present, too many of their number have been caught lying as in the De Menezes shooting, too many have been caught on camera beating people up, dragging them across the floor in custody suites or in the case of  Stephanie Rutter good old fashioned brutality in the cells.

What struck me about the two podgy crimefighters in the first half was their attitude to the public. Their ‘esprit de corps’ was largely directed at an antipathy to the public, and covering for their mates in the ‘ force’.

Little quips gave the game away, I hate drink drivers thats why I like nicking them. You are not required to hate anybody sunshine, you are required to enforce the Law. It turns out later that a driver over the limit had knocked him of his motorbike so this was personal.

I hate the ‘pissed posh’ because apparently they looked down on  coppers socially according to the Policeman concerned.

Another guardian of the law told an injured driver with his face cut and bloodied in a neckbrace who lost control of his car on ice, within the speed limit and sober that it was not in the public interest that he was prosecuted. Not until after he had had a whinge about the number of emergency services that had had to turn up to the accident, and had a pop seeing if he was driving whilst he was ‘tired’.

The man was on a gurney in hospital in a lot of pain and obvious shock.

The parallel with you can see what they are up against line is the case of Hayley Adamson mown down and killed by a Police Officer doing 94 mph without blue lights or siren in a 30mph zone in Newcastle. A female dog handler PC Neve was overheard on the way to the incident, refering to Adamson as a ‘scotchy scumbag’ after the area of  Scotswood near were Hayley was killed. Another Officer Sgt McKevitt repeatedly tutted everytime Hayley’s name was mentioned in the trial of PC John Dougal.

The astounding thing is that Northumbria Police  nominated themselves and won a PR award for their ‘sensitive’ handling of this case.

The Public confidence on the Police in Newcastle is at rock bottom. Public reaction was recorded as explosive. So they resorted to media manipulation rather than the core issue of  a Police service that  no longer sees itsself as part of the wider community, but at war with it.

In February 2009 ‘Super’ Hartshorn of the Met Public Order unit was warning of a ‘summer of rage’. Where did he get this ‘intelligence’ from ?

IDave promised change, but I see nothing yet that is going to stop the rot of a civilian police turning into a self perpetuating para military force that guns down people with no accountability as in the De Menezes case.

The IPCC is struggling with the fallout of four hundred deaths through ‘contact’ with the Police in the last ten years.

In February 2008 over a hundred lawyers who specialise in handling police complaints resigned from its advisory body, citing various criticisms of the IPCC including a pattern of favouritism towards the police, indifference and rudeness towards complainants and complaints being rejected in spite of apparently powerful evidence in their support.

The Home Secretary must take control of the situation not be controlled by her officials, ACPO must be wound up in the public interest and Elected Commissioners brought in as soon as possible. What we do not need are any more shows like ‘Coppers’ .

I agree with the main points but one issue I haven’t fully understood in
all the discussions about the police is that of elected Police
Commissioners.

Elections are probably one of the worst way of putting people in power. So
few people vote so that even a majority vote will usually be a small minority
in terms of the electorate. It could be said that you get what you pay for,
don’t get involved don’t complain if things don’t go your way. But then you
have the tyranny of the minority.

Elections give the veneer that people have a choice, but who decides who
the candidates are. Not the people, unless you have open primaries as well.
The people in power who are already unelected will be the ones controlling the
candidature. And the candidates will most likely have crawled up the ladder
using favours which they will return once they are in power.

The American example is often quoted. But as many cases of places where you
have elected chiefs doing good things you’ll probably find cases of bad things
being done. The other point is that the electorate is usually small as the
police chiefs aren’t in control of such huge organisations like the UK ones.
So a comparison cannot be made.

In return I will give the general political example – nearly all
politicians are corrupt to some degree. They are elected – ipso facto nearly
all elected officials are corrupt. OK, so it’s a crass example. But the
problem with elections is that you can’t guarantee that only good people get
elected. And it would be perverse* rules that allow for an immediate election
just because the voters found that the candidate lied and changed their mind.
Terms tend to be for some time otherwise no one would bother standing for the
position.

So what should be in it’s place?

We already have some form of elected officials in charge of the police. The
police authority which is made up of some non-elected officials as well as
councillors who are elected. They are the ones who call Chief Constables to
account. They are the ones who should be given the kick up the backside to do
their job. The ACPO aren’t in charge, the authority is.

The current situation minus the interference from ACPO (or even better
minus ACPO all together) plus the ability for the community to ask for the
removal of a mismanaging/misperforming chief by some form of petition plus a
big kick up the police authority’s arse with more openness about their
proceedings plus openness about what’s happening within the police force
itself – but not by publishing lots of league tables which require armies of
bureaucrats to admin.

A total change would be hard to implement, but a few fixes here and there
might be more successful. Such a change isn’t a hack but a fine tuning.

I believe+ that the police have gone downhill mainly because the
politically correct have opened up the doors to more and more less qualified
people. I don’t mean the changes that allow more women, more minority groups
(age, sexual preference, colour, height) to join. But the changes like
bringing down the physical qualifications to allow women to join. By being
more inclusive they’ve allowed more people with the wrong attitude to join.
The kind who given a uniform and some authority will allow it to go to their
heads without taking into account that with power comes responsibility.
Basically the police has been populated by bullies. This is the perception the
public seem to be getting with all these reports about police brutality,
etc.

It’s a hard job and being more lax on the physical requirements (and other
aspects) means that you start making compromises for them everywhere. Not all
women are so weak that they couldn’t lift a bag of sugar so the requirements
shouldn’t be changed for them. Some women are stronger then the average man –
they would be able to join the police without any changes in physical
requirements. The only change required would be to not discriminate on sex but
to still allow discrimination on physical attributes. That’s one of the whole
problems about the lefty fluffy wuffy non-discrimination attitude – they are
indiscriminate on the wrong aspect.

Other aspects that have changed are ones that make the police more like pen
pushers filling in tons of forms rather than gathering intelligence by
travelling around their “patch” in whatever form. Targets that are set (and
would probably also be set by an elected police commissioner) that distract
from the real job of enforcing the law in a common sense and fair way into one
of catching the easy pickings and letting the difficult/awkward ones go –
which is not fair no matter what the politically correct fluffy wuffies
say.

+ I’ve had not contact with the police nor know any policeman so I could be
saying stuff which is totally up the wrong tree in terms of what’s happening
within the police – this is just my perceived opinion.

The rot started when they moved plod from the community. We lost ‘our’
policeman and got a lot of unknowns from some place else and they lost the
knowledge of who was who in the community.

Once that process started it was inevitable that we should finish up as we
have today. No one knows plod and plod knows no one. Add to that the fact they
all appear to be untrained for what they are supposed to do – make up the law
as they go along – and do not have an ounce of common sense between the lot of
them. Then you mix in the labour state control ethic and we have the shambles
we see today.

Very worrying. Although I learned a long time ago that, “No Comment”, is
the most sensible reply to Police Questions. Sad but true.

Even this reply can be used against you now.

Best to qualify it by saying “… I’m too distressed to say anything
sensible.”

If ACPO is a private company then its activities are illegal and it should
be banned from acting as a front for police chiefs and senior officers. It is
nothing more than a propaganda front ans semi-Quango and should be burnt.

I also watched last nights episode of Auto-Pravda and was amazed at the way
“evidence” was gathered from drivers who were in no way fully able to
comprehend what they were being asked and how it might compromise their legal
position in the future.

How can it be right to speak to a severely injured, bloodied driver while
he’s in a hospital trauma ward, possibly sedated, almost certainly in shock
and ask him a) to consent to give a breath test and b) to answers questions
about what he was doing prior to the accident?

Of course, they should ask for a breath test a week later! You clueless
plum!

ACPO and Freedom of Information?

Only by our voluntary agreement, M’Lud.

These attitudes – among a significant minority of officers – will of course
come as no surprise to bloggers who read and link to police blogs.

Elected police chiefs are feared and resisted. As far as I’m concerned,
that attitude alone gives good grounds for pushing for them!