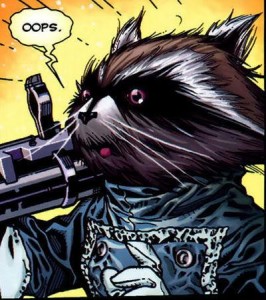 Did you hear it? Friday night, around tea-time? The crunch of gears engaging, the whine of engines turning over. Perhaps you smelt the noxious diesel fumes as Sandwell Borough Council revved up their engines, lowered their gun turrets and reversed their tanks off the front lawn they have been parked on for the past 136 days?

Sheila Martin, a frail 70 year old widow, in severe ill health, who had committed the dastardly offence of nibbing her cigarette and letting the lighted end fall to the floor, whilst dutifully stowing the âbuttâ end in her handbag, is no longer to be prosecuted.

In the eyes of the apparatchiks employed by Sandwell Borough council as âenforcement wardensâ, that millimetre of lit and sterile cigarette ash constituted âthe discarded end of a cigaretteâ within the meaning of section 98 of the Environmental Act 1990 as amended by Section 18 of the Clean Neighbourhoods and Environment Act 2005, and Sheila was to pay Â£75 for the crime of not putting burning cigarette ash into her handbag like a good little girl.

Adam Aspinall of the Sunday Mercury, Sheilaâs local Sunday paper, was incredulous when he heard this news. He wrote a small piece for his paper that Sunday describing the subsequent events, detailing how Sheila had been threatened with a Â£2,500 fine for not paying the original fine.

I happened to read it; I wanted to speak to Sheila, I wanted to know more. I spent the better part of a day methodically telephoning everyone in the Oldbury area with the name of Martin. There are an awful lot of them â none of them turned out to be Sheila.

It didnât occur to me initially to contact the paper â journalists and bloggers, theyâre like oil and water arenât they? At permanent war with each other, hurling insults with vicious abandon. I came from the âstench of the blogosphereâ; that famed sewer; one of the pajamahadeen that journalists delight in looking down on. Some 40 phone calls later, in desperation, I thought it might be worth a call to the high moral ground of the newspaper.

I was in for a surprise. I had carefully marshalled my credentials; I had been instrumental in getting Nick Hogan out of jail when he had been an unfair victim of the anti-smoking legislation, I had a respectable readership, I was sure I could help Sheila Martin fight this iniquitous penalty; pumped up with self righteous adrenaline I was all ready for them to put me down.

They didnât. Adam Aspinall was delighted that someone could help Sheila, he had been affected by her story too, and he was not a heartless hack thinking only of his next by-line. His problem, one shared with every other regional paper, was lack of resources. Newspaper no longer have spare lawyers sitting around their offices with nothing better to do than advise on legal technicalities; journalists are driven by deadlines, and the requirements of their advertising departments. His Editor couldnât spare him to spend hours researching similar stories, writing letters, reading legal cases, phoning local councillors â but the Blogosphere could do all that and more!

We verbally shook hands on a deal. Adam would give me all the information he had â including the precious phone number of Sheilaâs neighbour, if I would agree to publish nothing ahead of his Sunday deadline and share everything I had with him.

It was a deal that was to come under severe pressure when a major Sunday National became aware of one of the earlier stories I had written on Sheila. They contacted me; could I put them in touch with Sheila? Whyfore? Oh, you know, this was just a story in the Blogosphere and they had to check it out for themselves. My response was to say sorry, no can do. Half an hour later they phoned again. Was she Sheila Martin of âXâ Road. No, I said she wasnât. Why was I being so awkward, they asked? They were intending to make a big story out of this; they might even mention my name â whoo hoo! The information simply wasnât mine to give away, I said. Another half hour and they were back â theyâd pay me, a not insignificant sum, and by the way, was she Sheila Martin of âYâ Road? No she wasnât! They were welcome to use what I had written already â I could hardly stop them, it was out there on the internet â but I wasnât at liberty to give them any more than that.

Another half hour of that Saturday night rolled by â closer to their deadline, as Iâd realised by now. The phone rang once more â they could double their offer. Wow! Why, I asked, were they so keen on gaining her phone number? Well, they had a photographer standing by in Birmingham â at 10pm at night, and thought they might just call round to this elderly ladyâs house and surprise her in her nightgown and get a picture of her smoking to go with their story. They thought they might even get it on their front page. Theyâd âgive me a name checkâ and if I ever wanted to get into journalism it would be useful for meâ¦â¦.

That entire exchange encapsulates why I would never want to get into journalism, why I am happy to be a âsemi-literate bloggerâ â I would never want to be subjected to the pressures that see Sheilaâs distress and fragility as fodder to fill a late night deadline on a slow news day. Her dignity and privacy invaded for a handful of tenners.

The following morning the Sunday Mercury and I both published our new stories on Sheila. The response of the Blogosphere was extraordinary â within a couple of hours I had more e-mails than I had comments â and the comments were at that time running around the 50 mark, a figure now way out of date. I had e-mails from Barristers and Academics, Solicitors and Local Authority Legal Advisors â all willing and able to pitch up with their specialist knowledge on Sheilaâs behalf â free of charge. Detailed information on the legal technicalities behind her offence positively poured out of them. By the end of that first night we had a legal team that would not have disgraced the defence team for a major conspiracy trial at the Old Bailey.

We also had e-mail addresses and mobile phone numbers for virtually everyone on the staff at Sandwell Council, home addresses, photographs of their houses for heavens sake, even, in one case, a photograph of the aluminium wheels on their BMW that were for sale on e-bay â the cuttings library at the Old Mirror building was famed for the ability with which it could come up with a cornucopia of information on any obscure subject; I would pitch the wit and wisdom of the Blogosphere against their sleuthing skills any day.

That was the network that the Sunday Mercury was able to engage with, and by putting their trust in the energy, expertise and exchange of information that the Blogosphere with its predominantly Libertarian ethos is so good at, and combining it with their on the ground knowledge, and contacts, together we have achieved a remarkable result.

Sheila is delighted; she has said:

âThis whole process has been one long nightmare and my health is suffering as a result.
âThe stress of everything has caused me to collapse twice and end up in hospital; I donât know how much more I can take.
âIf I was guilty it wouldnât be a problem but Iâm not so while there is breath left in me I will fight but I have to admit it is taking its toll now.
âWhat I cannot understand is why it is taking so long, surely it is costing the taxpayer lots of money to deal with this and it is a load of nonsense.
âIt is funny how I havenât seen one single enforcement officer since this came out and when you walk outside the council building the streets are full of cigarette butts and fag ends â where were they when that happened or do they belong to council employees?
âI am just so glad that I have had support from the Sunday Mercury and the internet bloggers because otherwise I would have felt so alone.â

I am delighted too. Not just for Sheila, but for a new era. One where the main stream media and the Internet can learn to work together. There are strengths and weaknesses on both sides, together we are more than the sum of our respective parts. Together we form the Blog Society â an Internet based version of the Big Society, which has the expertise and initiative to force back the cold, dead, hand of the State, and right the petty wrongs it imposes on decent men and women like Sheila.

LINK to Podcast with Matt Wardman on the background to all this.