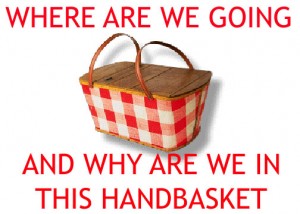 I had a very interesting lunch today, which gave me the opportunity to test out a few theories as to where the hell is this Country going to. Since the May election we have seen the end of the Party that re-introduced a stasi state. My problem is all I see is Con Dem ‘managing’ the country, so did my companions.

To be honest I don’t want to be managed by the same crowd of people who failed to hold Government to account, and seemed remarkably uninterested when innocent electricians get their heads blown apart in front of terrified tube commuters.

The fury over expenses has abated, the House is going to throw us five or six MP’s and Lords to be processed through the Courts to act as lightning conductors for the other six hundred and forty.

I repeat I do not want to be managed, I want to be a free citizen whose relationship with the State is that of master not slave.

In the name of Almighty God!

The Swiss People and the Cantons,

mindful of their responsibility towards creation, resolved to renew their alliance so as to strengthen liberty, democracy, independence and peace in a spirit of solidarity and openness towards the world, determined to live together with mutual consideration and respect for their diversity, conscious of their common achievements and their responsibility towards future generations, and in the knowledge that only those who use their freedom remain free, and that the strength of a people is measured by the well-being of its weakest members; adopt the following Constitution :

The Constitution is there for all to see and debate, however for me the most important clauses are 8 & 9 –

Art. 8 Equality before the law

1 Everyone shall be equal before the law.

2 No one may be discriminated against, in particular on grounds of origin, race, gender, age, language, social position, way of life, religious, ideological, or political convictions, or because of a physical, mental or psychological disability.

4 The law shall provide for the elimination of inequalities that affect persons with disabilities.

Art. 9 Protection against arbitrary conduct and principle of good faith

Everyone has the right to be treated by state authorities in good faith and in a nonarbitrary manner.

The Swiss Federation is not part of the European Union, it makes its own Laws and has its own relationship with the EU and does Norway. It has not sold its birth right and Liberties to Brussels.

Decisions are made at the lowest level by referenda, can anybody name the Prime Minister of the Swiss Federation, has his wife just had a new baby ? How many Swiss Aristocrats can you name.

It is about time that we grew up as a country and started having a sensible grown up discussion about a new political settlement that puts the citizen first and the State a poor second.

Democratic states dont have TOTAL bans on a legal product.
True
democracy allows the individual to have the final choice on
whether he or
she enters a place in which the customers have decided
what they want to do
,not distant masters waving conjured up polls.

PS
Financing bloodshed all around you is hardly Utopian and
idealistic
is it.

The earlier Swiss(Helvetiae) also wanted neutrality,fortunately
the
Romans did,nt stand for that kind of nonsense
Same with the
“neutral” Swedes,quick at making a few billion at selling
the tools of
death.

Equality before the law? I used to think we had that, but experience has
taught me otherwise. I can’t see it being adopted by UK plc any day soon.

We have a constitution, and a bill of rights, it

XX How many Swiss Aristocrats can you name. XX

Considering that Switzerland has never had a Monarchy, or a military caste,
how the HEL can it have “Aristocracy”?

I agree wholeheartedly that we need a written constitution. Yet we also
need to recognise the inherent corruption of politicians and introduce
mechanisms that restrict the oppurtunities of that corruption.

p.s. we’re subjects not citizens and I for one am proud of that
distinction!

We have a constitution, and a bill of rights, it’s just that most people
don’t know this and the Government ignore it.

That’s why Atlas is right to say we need a WRITTEN constitution.
Something that the oafs in Westminster would be hard put to ignore.

Magna Carta IS written, as are the statutes of common law.

Where are we going? To hell in a handcart – if we’re not already there.

In the early seventies this nation could quite easily have gone along the
Swiss route.
No they encouraged mass immigration instead to fill low paid
manufacturing jobs which they knew full well would disappear due to the rise
of the Tiger economies.
They should have allowed the poulation to continue
downward ,pulled back from the unsestasinable role in world affairs ,this
would have simply meant lower poulation more to go round
.
Simples.
Being completely thick, and or, crooked.
They blew it.

In the name of Almighty God!

I’d leave that bit out. (Or I’ll be asking questions such as “which one?”
And “why not those ones?” And “what about those of us who don’t believe in sky
fairies?”)

Totally agree, I’ve lived in Switzerland (Geneva) for 4.5 years and it is
so much less oppressive. Interestingly, they toook some similar decisions
(there is a full smoking ban for example), but it was at least voted on at a
cantonal level, so ultimately if that’s what people here want then so be it.

Most Swiss people probably could name their politicians, but there are
never any scandals, no-one cares enough as they are basically administrators.
Very little here in the way of nannying – occasional health stuff but pretty
minimal. Virtually no crime as well, although not sure exactly why.

The UK could learn a lot from Switzerland, most countries could actually,
but it won’t.

So it’s all cuckoo clocks, chocolate and happily ever after in
Switzerland is it? Before you get carried away with thoughts about an
idyllic country, I would really look into the running and workings of this
utopia. There are never any scandals because they are covered up, their
government and bankers (nazi gold deposits and asset deposits made by Jews
prior to incarceration are examples) are as corrupt and elitist as any and
if you really want to find out why there is little crime, just go commit
one, you will very soon find out why.

But the Swiss like it that way and have a real democratic right to
maintain their ‘status quo’. What drives your sarcasm ?

And just how would you know that there are scandals if they are covered
up ?

It was not sarcasm; it was just my opinion on the original post and
subsequent comments. I did not mean that I did not like the idea of
Britain being similar to it, or that the Swiss were wrong, I’m all for
this country becoming like it. In the comment I was merely pointing out
that in my view (I hope I am entitled to an opinion) it wasn’t the
utopia that I felt parts of the article and some of the comments, made
it out to be. I am lucky enough to have friends from many different
parts of the World, some of whom are Swiss, these particular friends
have left their country of birth because, for them and many of their
associates, Switzerland is too controlled and is extremely right wing in
some quarters and very

Despite the perceived sarcasm, I would still be interested to know
how these scandals are known about if they are covered up.

For some reason I cannot find a link to reply to Toby;

I thought I had covered that already in part of my second comment
when I wrote “Discussing matters with them is what drove me to
research the points mentioned in the previous post”, and as mentioned
before, these are the opinions I have now formed, I take it I am
allowed those, or are opinions only allowed if they agree with
yours?

BTW Toby, have you and vervet been sharing a hotel room?

Just checking that “discussing matters” was what constituted your
evidence.