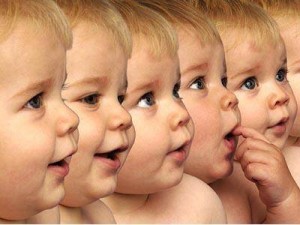 I have been chewing on the rump of Ed Balls’ Frankfurtian neo-Marxist ‘interdisciplinary social theory’ empire overnight. I don’t recommend it – tough, chewy, and humourless.  I fell down a rabbit hole marked Quango Central, and it has taken two coffees and a particularly juicy pain aux raisin to restore me to near normal writing capability.

I’ve been looking at LEYF – The London Early Years Foundation, a ‘charidee’ founded in 1903.

LEYF started life as a worthy charity; it took, and still takes, donations from such humble origins as the ‘Fruit Stall’ in Dean Bradley Street. The spare pennies from honest hard working market traders. They spent it on laudable projects such as buying toys and story books for underprivileged and deprived children. ‘Your donations will help support families in need’.

Back in 2005, they tell us, due to the pressures on local authorities, grants were reduced to less than 11% or the running costs of what had now become a serious enterprise. They were ‘forced’ to seek money elsewhere to support all these deprived families in what had quietly become one of the most sought after areas in London in which to live and work – Westminster.

Naturally they turned to the government. Where else would you go when the supply of tax payers pennies had been throttled at grass roots level? Trouble was, the government had been overrun by ‘neo-Marxist interdisciplinary social theory’ which wanted to see new initiatives, and new products that aspiring MPs – like Ed Balls for instance – could be seen cutting the ribbons of on opening day….they didn’t want to support anything which was already running.

Still, LEYFs charter commanded them to ‘respond to societal expectations’, and so they responded to the expectations of the society at the heart of Westminster. Ed Balls’ empire. Sure Start for instance was offering money for opening new nurseries. LEYF duly opened new nurseries. There was no money to maintain them. There was money to train ‘hard to reach apprentices’ for instance. ‘Hard to reach apprentices’ are those individuals currently languishing on the sofa watching the Jeremy Kyle show with a can of Stella in one hand. LEYF enthusiastically reached out to them as just the sort of people who should be trained as educators of the under-5s.

They joined forces with the National Apprentice scheme, another Quango whose mission statement tells us that ‘research shows’ that those who undergo an apprenticeship earn significantly more in their lifetime than those who don’t. Since it appears in their mission statement, logically, that research was done before the figures included those whose apprenticeship was in ‘educating the under-5s’. An apprenticeship in plumbing may well have that effect – these new apprentices, enthusiastically endorsed by Alan Sugar, were not in the same league.

Never wasting an opportunity for a committee meeting with accompanying expenses, the National Apprenticeship Scheme, with LEYF in tow, agreed to join forces with ‘Horsesmouth’ a mentoring scheme for apprentices. Now that ‘hard to reach apprentice’ could phone LaLaLaura, described as ‘Caring, Loveable and Friendly’ – don’t all rush at once:

Safety is built-in to the Horsesmouth concept providing an environment where people can feel safe and comfortable. All mentoring conversations and relationships occur on a secure hosted email platform and contact details can only be exchanged with the approval of a moderator. The National Apprenticeship Service also requires secure mobile phone registration for mentors, and all profiles and content published on the site is pre-moderated by a leading internet moderation company.

Anyone thinking of phoning lovable LaLaLaura and telling her what she can do with her ‘lovable’ advice as to how to move on from being a ‘hard to reach apprentice’ educating the under 5s, to the lofty heights of her position in a ‘leading local council finance office’ handing out LaLa advice on how to access grants in this LaLa land, will have to run the gauntlet of the moderating system which is keyed to cut out at certain keywords……

I digress, LEYF still had an eye on the grant system, and now they locked into ‘education’ as expounded by ‘edukashun, edukashun, edukashun’ Blair. The Universities positively exploded with courses at £3,000 a throw offering to train you for a ‘Children’s care, Learning and Development FdA’ – a ‘holistic concept of the child’s education’ – and guess who was doing the training? Yup. LEYF was now a provider of ‘multi-agency’ child development in-house training in ‘early education’ or the art of learning how to access grants, as demanded by Balls’ fifth outcome – ‘Achieve economic well-being’ – in the Early Years Foundation Stage Document.

Under 5s achieving ‘economic well being’? Whatever were they teaching them? And what had become of LEYFs struggle to support nursery places for the deprived and underprivileged of Westminster?

Ha!, Now we reach the end of our trail, for on Monday, just in time for Cameron’s triumphant return to Westminster carrying the latest addition to the family, LEYF have opened their latest nursery for underprivileged and deprived babies, that they might achieve ‘economic well-being’ and train for a useful future in neo-Marxist interdisciplinary societal theory.

Bang in the centre of Westminster. Tick.

Useful function for redundant ‘disapproved of’ venue for sale of alcohol. Tick.

Parents supportive of our aims. Tick.

Unlikely to fold for lack of funding – Parents will campaign to prevent. Tick.

The subsidised Boozy Bellamy Bar in the Houses of Parliament will re-open on Monday as the latest LEYF nursery for the deprived children (under 5 years of age) of MPs, supported by the pennies of hard working market traders.

Still, at least Tom Harris will have a ready supply of indoctrinated toddlers who will be more than capable of managing the IPSA computer system…..

Other Charidees, watch, listen and learn.

“If anyone really wants to help them they should start with old fashioned
reading and writing lessons.”

Ain’t that the truth. And many of these youngsters are not really bad or
even really stupid, they have been failed by “the system” practically from
birth.

What a tragedy that we are condemning them to a life of ignorance and
benefit dependency. New Labour, you should have a millstone placed round your
neck and be hurled into the sea, as someone nearly said once long ago.

Very nice article. I’m just dealing with a similar training agency/charity
at work since my dear employers signed up with one and we are sent NEETs as
apprentices. Firstly they have subverted the language since these people
aren’t apprentices but are on a scheme what we called YOPs in my youth.

We were promised all our trainees had volunteered but that certainly isn’t
the case. Most are expert at playing the system despite being under 21 they
pretend to be keen at finding a job but aren’t really. Three of us helped the
last one fill a job application form only to find he never actually posted it.
They also have a mentor at the training agency but no one has ever yet managed
to speak to her.

One common factor with all of them however is that they are more or less
illiterate despite in a couple of cases having English GCSE grade Cs. If
anyone really wants to help them they should start with old fashioned reading
and writing lessons.