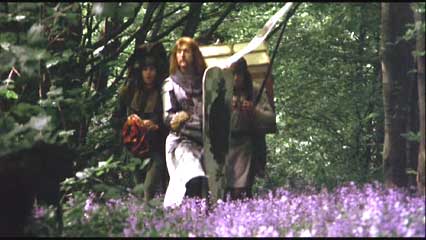 I see that Sir Ian Gilmore, outgoing President of the Royal College of Physicians, has bravely decided to say something useful upon his resignation:

Decriminalising drug use could drastically reduce crime and improve health, the outgoing president of the Royal College of Physicians has said.

Sir Ian Gilmore said the laws on misuse of drugs should be reviewed and that their supply should be regulated.

He says he formed his view after seeing the problems caused by dirty needles and contaminated drugs first hand in the patients he has treated.

He’s been seeing this for how many years and now that he has no political patronage to lose any more, he suddenly finds the courage to speak out?

These people are then fêted as heroes for “speaking truth to power”, whereas they are merely cowardly stooges who have known for years or decades that the system they have been serving for their own aggrandizement is wrong, but have stilled their qualms in order to maximise their earnings and their pensions and are now trying to assuage their own consciences.

Why is it that these “heroes” never speak up when they are in a position to actually address the problem?

“electro-kevin August 24, 2010 at 18:34
So if you cut the legs from
career criminals (suppliers) how do they make their money ?
You think
they

Gilmore was/is a cowardly prat.
There always have been drug users &
always will be.
There have always been abuser-stupids & always will
be.
Abuse anything or anybody at your peril; it may well kill you; that
applies to Scuba-diving, alcohol, motorcycling, heroin, beating your wife, any
sort of stardust & crossing the road.
We don’t do learning from
experience.
Quite recent History informs us that Prohibition does not work
We don’t do History. The ‘War on Drugs’ was lost on the day the phrase was
invented.

So if you cut the legs from career criminals (suppliers) how do they make
their money ?

Cut their legs off and they won’t need Boots any more will they?

I can’t believe the stupidity of the man.

Yes. And look at the problems that is causing. Town centres running with
blood, urine and vomit three nights a week. And the casualty wards
overflowing.

Cutting the legs from beneath criminals ? So you expect they’ll revert to
legal means of making a living ? Like selling doylies or something ?

Who will pay for the new army of drug dependants who will join in the
‘recreational persuit’ because it is legalised ? Oh. You expect them to be in
a fit state to support themselves ?

The reason drug enforcement has failed ? Like any other failure in our law
enforcement – the punishment does not fit the crime. And so we are told that
‘punishment doesn’t work.’ That’s a lie. Because, in Britain, we haven’t had
punishment for a long while.

In Thailand they have ,they hang drug dealers and traffickers.
OOPS
didn’t work either.
Well that only applied to the small number they
actually caught as well.
Next !

electro-kevin, I think your tie is on a bit tight. Casualty wards are
overflowing, but not with drunks. Town centres are only running with blood,
urine and vomit in the Daily Mail.

The real reason drug enforcement has failed is not because of a lack of
punishment, it’s because people like to get off their tits.

All the tedious moralising in the world won’t stop that from happening.

Far better to say: “Yes, people like to get off their tits. Now, how can
we make sure that they don’t harm themselves needlessly by ingesting Vim
and, by the way, take a few bucks off those who are just doing it
recreationally and aren’t a problem to fund the care of those who are a
problem?”

Neither of you explain how you tackle crime by legalising it. And do
you live next door to a paranoind schizo whose brain has been addled by
skunk ?

I work in public transport on shiftwork covering a wide area. Britain
is a shit hole. I see that for myself.

You speak as if recreational use of drugs is naturally a crime. It
WAS legal. The government made it a crime. This caused all sorts of
problems. One of the solutions to these problems is to go back to where
we were before and make it legal again.

I prefer to follow the advice of
Theodore Dalrymple aka Dr Anthony Daniels on this matter who spent much of
his career treating drug abusers. As he writes, you don’t stop car theft by
repealing the law.

I see but it is this very policy has failed miserably .
It has reached
the point where there are not enough plods to bust the dealers let alone the
multitudes of shoplifters on it.
The other evidence is the Portugese
model where drug use has markedly declined after removal of
prohibition.
Another point, it’s only the poorer drug users who suffer,
most rich drug users lead normal lives because the “can” afford it.

It occurs to me that the message of this swan-song is: regulate and control
drug use. Seeing that a great deal of the business of UK plc is to maintain
its grip on the drugs trade (and deal ruthlessly with small-fry competitors),
this is a logical step. Control its production, regulate its supply and
generate the revenue. The Mafia should come to the UK for management
training..

Interesting how I,m sure that the same logic applies to tobacco and
alchohol, the establishment are heading towards making the same mistake ,after
all prohibition is the major goal of the anti smoking, anti drinking
lobbies.
They never learn.
As a footnote if you all remember two
scientific advisors for the Liebour Stasi government (I will despise them for
the rest of my life),actually resigned over the clasification of certain drugs
so that just goes to show ,tell the truth lose the job.
I suppose they are
all victims of the policy of demonisation of drugs and steriotyping of drug
users.
Gilmores no friend of mine or any other smoker for that
matter.
Too many doctors getting political now ,who votes for them ?

“Why is it that these

“These people are then f

But there must be a reason why they do it. Is it because there are idiots
out there who WILL laud them as brave truth-tellers, ignoring everything
leading up to this moment?

I dunno. I just know that, in their shoes, I’d not even bother…

I think valedictory speeches are common for this sort of thing simply
because there is little that anyone can do to harm you (career -wise) for
saying something that those that do not wish to think the issue through
disagree with.

If you do it whilst in position you are labelled difficult to work with –
and could be forced from your job by the hysterical mob – and if you do it
afterwards then you are a non-entity that no-one cares about.

“Why is it that these

Exactly.
I always felt that the obviously strange circumstances
surrounding his “suicide” were left for all to see “pour encourager les
autres”.

I shook my head when I heard this as well.

I was talking to a serving officer with the Nottinghamshire force
yesterday, whose frustration with his superiors was plain to see.

No matter how many shootings, no matter how many turf wars are going on,
the senior levels just refuse to acknowledge that there is a problem, that
they have lost the war and that legalisation is the only viable option to cut
the legs away from under the criminal classes.

Most of the time passing another law just makes the situation worse.

And what a good source of revenue. Legalise and Tax.

Spot on Anna. I read about Sir Ian Gilmore’s views on drugs just the other
day and was shocked he would wait until he was retired before airing his views
but I wasn’t surprised it’s what we have come to expect is it not? Just as the
behaviour of the police and politicians doesn’t surprise us any more.