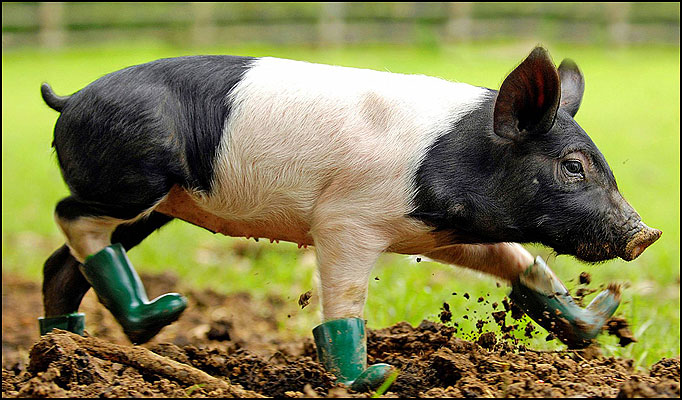 Lobby Dog is reporting this morning that his FOI request, to elicit the names of the 200 MPs who retired from parliament in a sulk when it became clear that it would not be so easy in future to dip their trotters in the tax payers silk purse, and then went on to claim up to £64,000 in resettlement grants, has been rejected.

He is to complain to the Information Commissioner – quite rightly, for these payments should no more be secret than the MPs expenses which precipitated them.

A suggestion for Lobbydog – instead of pursuing the 200 who received the grant, why not ask the Commons Authorities for the names of the 30 honourable members who resisted the temptation? They deserve a pat on the back for wiping their trotters and walking away with their snouts held high – we should be given the opportunity to bestow grudging praise for a change, and the Commons Authorities might be more amenable to that approach.

Failing which, perhaps a letter to all 230 ex-MPs, asking them if they were honourable enough not to claim the grant, might bring forth some interesting replies.

I don’t get this.

At the risk of being controversial – if their terms of employment were
defined such that they are entitled to a grant on leaving, then why would they
not claim it? I can see the point of the righteous indignation for egregious
falsification of expense claims. But this seems different to me.

Can you fix the links please Anna. Ta!

Excellent idea, Anna. There’s no reason whatsoever to deny that request and
it will automatically give a reply to the initial request.

Sorry. You are right, they deserve some praise. But it is coming to
something when we feel inclined to praise honesty.