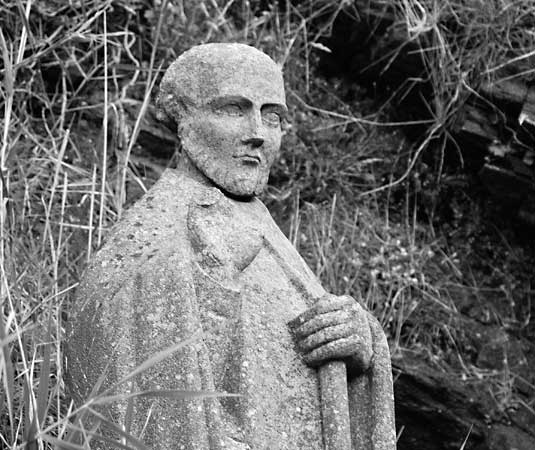 Doctor Karen Wooâs death was reported yesterday, and will be extensively reported in the Sunday press. Another life claimed by the hopeless and sad quagmire that is Afghanistan. That Afghanistan has always been.

From what I have read, I am pretty sure that this young lady appreciated that there was real danger. She may have been foolish, but I donât care. She was a good soul. Here is a talented young woman who has knowingly put her life on the line to bring her skills, doubtless hard learned, to the aid of the poorest and most needy, many thousands of miles from her home.  Her reward is a violent death at the hands of either an inhuman fanatic, or more likely, an inhuman and cruel bandit. Such is Afghanistan.

I would like to hope that somehow, and in some way, her death would make sense, and her life would make a difference to Afghanistan, and beyond. Perhaps in the end in some Cosmic Accounting System, the good that she did, and that she tried to do, will somehow bear fruit.

I want to believe that, and even the wise cannot foresee all ends, but in the short to medium term, I doubt it. Other bloggers have brought to my attention the moving and disturbing front page of Time magazine, which features a young Afghan woman who was disfigured because of some petty âhonourâ crime â a trend now all too prevalent in the United Kingdom.  That is the nature of Afghan society. Indeed, it is the nature of many Muslim societies. It is a society which seems above redemption.

However, in the meantime, her tragic death stands witness to both the endemic failure of imagination, policy and will with which governments in both the United Kingdom and the United States have treated Afghanistan for more than 30 years. If you are going to do it, boys â do it properly.

If âweâ were going to intervene then it should have been done with more intelligence, force, diplomacy, subtlety and wit. If not, keep out, and leave be.

God rest her soul. Whether she was wise or not, I care not. She deserved better, and people in this country who now lord themselves as âPeace Ambassadorsâ and make their millions on the lecture circuit deserve far, far worse. I would happily assist in giving it to them, but I will not need to do so. I believe that one day they will account to an Inquiry which, although as polite as Hutton or Chilcot, is less malleable, a little more robust, and a tad little less forgiving.

Might I say, Mr Gildas, that I am smitten by your chiselled jaw in this
weekâs piccy.

Condolences to Dr. Woo and her family.

Whatever her motives â perhaps a potent mixture of altruism and a desire to
satisfy her sense of adventure â the question of whether or not her trip was
wise or advisable was one for nobody but Dr. Woo.

She was an intelligent and competent person over 18yrs of age. She had the
ability to asses the facts and the freedom to exercise her own free will.

Before even contemplating her altruism and desire to make the world a bit
better, I salute and admire her wide eyes, energy and drive. It seems like she
packed an awful lot into her 36yrs.

Afghanistan does not have a world monopoly of misery â Iâd urge all aid
agencies to reconsider where they work â there are plenty of places where thay
can be much more cost effective, not least by not having to pay for armed
protection from their scant resources; and where they will not be in danger of
murder by hate-filled savages.

Hereâs a personal view, the worldâs supply of compassion and aid is limited
and should be used where it can be most effective. Perhaps the best plan is to
do our best to seal Afghanistan off â no international aid, no international
flights, no visas for travel. The only international institution that
Afghanistan should be allowed to belong to is the International
Telecommunications and Postal Unions â so at least Afghans will be allowed to
have communciation that allows them to see what a normal society not based on
rape and pillage looks like.

We would probably have to maintain an aerial surveillance and indictment
capability to handle any further attempts to export terror. â but that should
be cheaper in money and lives than our present policy. Because of the
complicity of the âhate-filled savageâ elements that exist in Pakistan we
would probably have to extend the travel restrictions to that country too â No
entry, no visa except under realy stringent vetting conditions, no
exceptions.

In 50 or 100 years if there truly is a well intentioned and peaceful
populace in Afghanistan as âthe righteousâ keep insisting in the face of the
evidence, they may have suppressed the savages. Then Afghanistan (or more
likely the several bits it will have fragmented into) can be allowed to join
the rest of the world. If, on the other hand, itâs then an empty wasteland ..
Inshallah.

History shows it takes centuries to go from feudal savagery to acceptance
and reliance on a rule of law using only your own resources â we cannot expect
anything less in this case.

If there is indeed huge mineral wealth there, one other possibility (and
probably a quicker one for ending the grosser suffering in this poor benighted
hellhole ) would be to offer it as a colony to the only nation with both the
appetite for it and the proven capability to ruthlessly and effectively
suppress internal dissent â China

Gildas, I count myself as a cynical hard-nosed evil son-of-a-bitch, and
there are many who would endorse that view, but I read your piece with tears
in my eyes. This lady was a rare one. The Afghan people may have respected
her, the Taleban plainly did not. And our dear old gubmint apparently are
softening us up for future ânegotiationsâ with them.

Well, Mr Taleban, this infidelâs memory is long. I am not a Christian but I
do believe in reckoning. Remember this many years hence when you decide to
visit these shores on the invitation of whatever idiot government is infesting
Westminster at the time.

Blair AND ALL HIS FAMILY ought to be forced to visit (unaccompanied &
unprotected) the wilder parts of those god-forsaken lands HE sent our troops
to.

Blair should be sent to investigate this matter. To the exact same area, on
his own with only Brown as escort.

I wish I shared your faith in Divine accounting, but I would prefer to see
Bliar and his unspeakable ilk dealt with by a earthly court.

As appealing as that might be to our desire for retribution, we can be
sure that whatever punishment were to be meted out by an earthly court would
be disproportionate to the enormity of Blairâs bloodlust and duplicity.
After all, the elite have a habit of looking after their own. I take comfort
in the old Puritan saying that âthe mills of God grind exceeding slow â and
exceeding small.â Iâm sure that Gildas would agree..