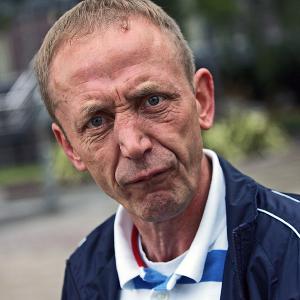 The Step-son from Hell…..

A FRAUDSTER who stole thousands of pounds from his stepfather’s building society account only days after being spared prison was yesterday locked up for six months.

Days later, Weatherill went back to the pensioner’s home in Hartlepool, stole his building society passbook and began systematically emptying his savings account.

Within slightly more than a week, he withdrew more than £3,000 in eight transactions, Teesside Crown Court was told.

Mr Hutton said in a victim impact statement: “The incident has left me feeling extremely angry as I have tried to help him many times in the past and this is a kick in the teeth.”

The court heard that Weatherill was first convicted of dishonesty as a 12-year-old, and Judge John Walford said his offending had “continued almost unabated ever since”.

Unemployed Weatherill, of Grange Road, Hartlepool, pleaded guilty to eight charges of fraud and one of theft at an earlier hearing.

Joseph Spencer, in mitigation, said Weatherill used most of the money to pay off his son’s debt to drug dealers, but also confessed to spending about £1,000 on himself.

Poor Mr Hutton, it sounds as though he has a step-grand-son who is just as charming in the pipeline…..

Is that pic of the 45 year-old thief or the 73 year-old stepfather?

If it’s the thief, I think he’s just made the mistake of bathing in the
Flame of Immortality twice.

Sounds like the beginnings of a sink estate dynasty to me. It’s what you
get when you allow people to escape the consequences of their actions.

Him and his son want taking out of the ‘gene pool’ me thinks.

I have a few thoughts on how we could have cleaned out the gene pool a
bit
http://deniersaurus-rex.blogspot.com/2010/06/kill-stupid.html

How about a compulsory organ donation scheme for habitual, incorrigible
criminals? I’m not advocating post-execution organ harvesting minibuses like
the Chinese, just the removal of spare parts like a kidney, liver lobe or
cornea.

I’m not normally in favour of compulsory anything, Brian, but there is
merit in your suggestion…….

Would you want HIS kidney?

I’ve got a Labrador who wouldn’t say no to such treats. Obviously,
all other donations would be of transplant quality.

I was astonished yesterday to read Judge

In other words………3 convictions on indictment (i.e. at Crown Court) means an
automatic 15yr sentence.

Bradley Wernham admitted 600 burglaries………..burglary (breaking into
someone’s house to steal or commit a crime of violence or cause damage) used
to be a very serious offence indeed. These days, somebody who biffs a burglar
inside, or just outside, their house is likely to be in more trouble than the
burglar.

Why is the public – and their property – not being properly protected?

Why do the authorities pay more attention to the welfare of criminals than
the interests of law-abiding – tax-paying – citizens?

Until these questions are properly addressed Britain will continue down the
Swannee.