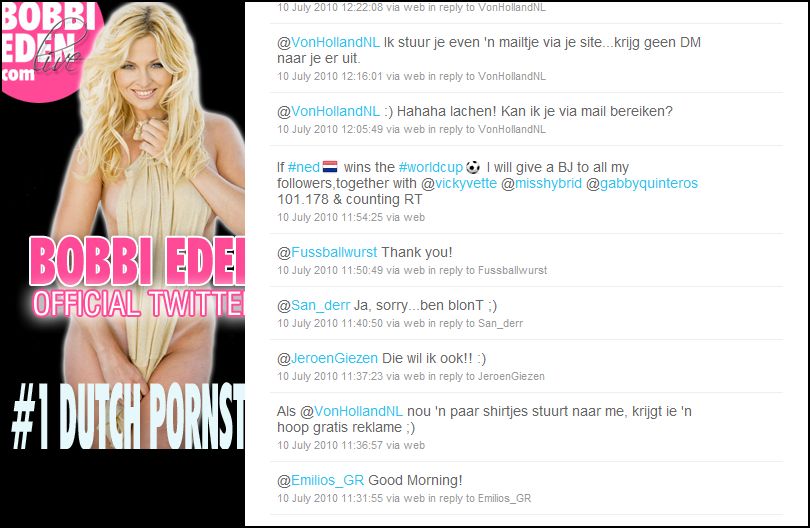 Spain winning the world cup has had a dramatic effect on marital relations in Holland.

She offered a free ‘blow job’ to her relatively few followers if Holland won the world cup.

Holland lost, and 110,425 Dutchwomen fled out of the kitchen door in search of an urgent task elsewhere.

The things you learn on the Internet.

Purely for the purposes of sociological research, I went a-googling. Here
is the story in the Romanian Times:

For those who want more of the same, please note that you should go to:

and not http://www.romaniantimes.com/. The latter is produced in
Portland, Oregon, and is distributed in local churches, so it may not have
quite the same style.

I think we all know that the Romanian Times pretty much covers the whole of
Euro-porn in its back pages, including rat-washing.

None of us realised you were a subscriber!

Now we know why The Times has started charging :
inclusion of the hot Romanian version.

I wonder whether an opera will be written about it ;  Die
fliegende Holl