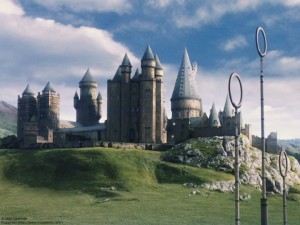 The headmaster’s spectacles gleamed as he turned from the leaded windows of his study to beam upon the three boys who stood expectantly before him.

Outside in the quad, Bercow, the school caretaker, was heaving around his sack-truck with the squeaky wheel, and stacking up the limp bodies of boys who had fallen prey to the clouds of volcanic gas.Â They were to be carted off to Matron Harriet, for her special reviving touch.

Far away, in the distance, a dog barked.

“A splendid performance from all three of you.” the headmaster proclaimed. “The Board of Governors preliminary markings are here.”Â He picked up a clipboard.Â “I should re-iterate, these are preliminary results, after one debate, and will not decide who gets to be Head Boy.”

There was a palpable tension as the three waited for the results.Â They were a strange trio, the headmaster thought. There was Bully Brown, stolid and almost squat, with his quick mechanical smile.Â Â And the lean athletic figure of Cameron the Cad, leader of the school’s aristocratic wing, and Captain of Cycling.Â And Clever Cleggie, hitherto the joker in the pack, though perhaps no longer.

“I’m afraid, Brown,” he went on, “That you placed third in this first heat… a little nervous off the starting blocks, and over-reliant on statistics.Â Still, I’m sure you’ll catch up on the second leg, now you’ve got your eye in, so to speak.Â And of course, you must remember that it’s not the winning — it’s the game that counts.”

Outwardly the school bully maintained a face as impassive as an Easter Island maui.Â Inwardly though, he was raging, and his great fists clenched and unclenched with the urge to thump somebody.Â All that beastly homework!Â All the memorising of that interminable list of statistics which his fag, Mandelson, had made up.Â Well, there would be no muffins for tea for him today.Â He made a mental note to give the offender a sound thrashing with a rounders bat.Â Still, he would probably enjoy that.

The headmaster was continuing. “Cameron, I think, seemed to be lacking in energy, and it may be that too much cycling has affected his performance.Â These racing saddles can do harm to a growing boy.Â Especially on the local cobbled areas.”

Cameron’s tanned face flushed a darker shade of pink.Â Had the headmaster guessed his guilty secret?Â Had Matron Harriet dropped a hint? She of the baby blue eyes, and — but he tore his thoughts away as the headmaster turned to Cleg.

“But Cleg has turned up trumps.Â The Board of Governors were very impressed, and a majority of the votes went to you.Â Though they would, I think, have preferred Katie Price.”

There was a silence as rich and deep as a tomb. All three stopped breathing. Even Bercow’s squeaky wheel was silenced.

Far away, in the distance, a dog barked.Â Â Again.

The older man smiled. “Only this round,” he said. “And there are two more to go, and then the Finals on May 6th.Â Only then will we have a new Head Boy.Â So — off you go, and the best of luck.Â And remember — plenty of cold showers before the next debate.”

As they left the study, the seething Brown had to restrain himself from giving Clegg the usual dead leg.Â His thuggish, sluggish brain was hatching a plot.Â Yes, he would befriend this odious little brat, so that together they could gang up against the toffee-nosed cad Cameron.Â Yes, yes, he would do that for as long as it suited him, and then, afterwards — well, there was always the creature Whelan to do the dirty work.Â Suddenly, he ached for a banana. If only Miliband was here.

Cameron’s thoughts were racing.Â He would now be fighting not only this absolute bounder Brown, but also the uppity oik Clegg. And he was slipping behind with his prep on Livy for Saturday’s exam.Â Plus there was the Annual Vintage Cycle Rally coming up.

Cleggie struggled to maintain his mask, and to restrain his milling thoughts.Â He was within grasping distance of being Head Boy.Â Him, little Nickerless who had been the butt of endless jokes and teasing in the Common Room.Â Â Perhaps from now on he would be given the respect he deserved.

There was a long way to go, but it would be entertaining, he thought, to get Brown to toast some crumpets for him.Â Or possibly to ask Cameron to kindly polish his shoes before morning assembly.Â To be sure, the situation wouldn’t last for ever.Â One way or another, these rotters would try to give him a Chinese burn.Â Still, he mused as he closed the study door, live for the moment…

Far away, in the distance, a shot rang out.

I can’t wait for the next episode. That was brilliant Anna.

I always thought “a shot rang out” should be at the beginning.

But full marks, and ginger beers all round.

Pay Attention at the Bac