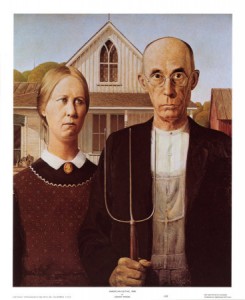 What shame is heaped upon our heads this morning?

The Government is pleased to announce that it has won its oh-so-important-case in the European Court.

The difference between the two cases is not a matter of cost, but of votes.

Hirst v the United Kingdom would have given an estimated 84,000 prisoners, who may not be well intentioned towards the government which is keeping them incarcerated in less than ideal conditions, the vote.

Carson v the United Kingdom involves no votes. There is no benefit to the government in appealing against this decision.

Carson v the United Kingdom involves harmless old age pensioners. The people who throughout their working life had paid into the national Ponzi scheme known as the state pension.

Some years ago, the government decided that anyone who left the United Kingdom should have their pension frozen at the rate it was when they left. Not for them the cold weather payments, the much vaunted ‘Christmas bonuses’, the derisory annual increase.

These people had paid into the pension scheme exactly, precisely, the same amount as the pensioners who remained in the UK, consuming resources in the form of free medial care, free dental care, free glasses, bus passes, and all the other benefits that old age pensioners begrudgingly receive in the UK.

Unable to bring themselves to actually shoot them as they went over the wall to sunnier climes, the government took their revenge in other ways.

They froze their pension.

Thus a man who went to live with his children in Canada, who left when his pension was £6 a week, is still receiving £6 a week, not a penny more.

Had he remained in the UK, the estimated cost of maintaining him in reasonable health would be some £7,000 a year, but he costs the government nothing, because he pays for his own health care in Canada.

This is approximately seven times the cost of raising his pension in line with other pensions.

The Government’s justification for not raising his pension is that of cost. They estimate it would cost £540 million a year, or one per cent of the pension budget, to honour his full Basic Pension rights.

They can find £200 million a year to fund abortions for Polish citizens.

They can find £300 million a year to ‘support’ failed asylums seekers that their £300 a year Immigration Service have not got round to deporting yet.

Lo! We can even pay child benefit to Euorpean citizens working in the UK in resepct of the army of kids they left back home.

But we can’t afford £580 million to honour our obligations to the very people who paid into the scheme since its inception?

Naturally, the European court ruled some time ago that they couldn’t treat European citizens like this – so those who only escaped the Hell of Britain as far as a European country do get some of the increases.

Which still left half a million people who had gone further afield.

One of them, Annette Carson, now stranded in South Africa on a paltry pension, took the UK to the court at Strasbourg complaining that this was discriminatory.

The UK argued that it wasn’t discriminatory; they only paid pension increases to people living in countries with whom they had a reciprocal agreement.

That is a doubly interesting argument.

Secondly, how many Australian pensioners who have earned their pension rights in Australia, do you imagine have moved to the UK to live out their remaining years in fear and loathing of our feral youth.? Not many, I suspect.

The final argument accepted by the court was the most specious of all.

“As non-residents, the applicants did not contribute to the UK economy, in particular, they paid no UK tax to offset the cost of any increase in the pension,” a statement from the court said.

On £6 a week they would have paid no tax whatsoever, they would have been the recipient of tax credits, and free glasses, and free everything else, but for the crime of ‘going over the wall’ and not spending their money in the UK, they are to be punished – legally.

Remember that anyone in receipt of a £6 a week state pension will be old enough to have paid into the scheme from the very beginning. They will be living in a country which does not have reciprocal arrangements with the UK.

What does the government imagine will happen to these people when they finally reach the end of their life with no money to pay for health care?

There is a popular image of wealthy ex-pats living the life of riley in the sun, which may be true for some of us, but truly, many have a very grim existence.

I am well aware of ex-pats, now in their 70s and 80s, who struggle to find the money for even basic heating; where partners have died and they are alone, they struggle with the most rudimentary repair – and that is in a country where they do receive an increase.

There are 1,100,000 pensioners affected worldwide, it would serve the government right if they all returned home at the same time –and reclaimed their votes, as well as their entitlements.

Sadly few of them can afford to do so, and the rest are too frightened of the Liverpool pathway ending their life to even think about it.

Everytime they try to bang me up for something they say “The Crown”. “Duty to the Crown”. That kind of thing.

Anna: Thanks for that.

Uncle Marvo: In Hirst v UK(No2) it is clear that the “UK” relates to the State as opposed to being against the public.

I hope the next Tory government will enact legislation to reverse the ridiculous decision giving votes for prisoners. The burglar who stole my telly (‘cos it was his yuman rite to watch Corrie or take drugs) gave up his democratic rights when he crossed the threshold of my house. He should rely solely on his victims’ benevolence for the standard of food and shelter while in chokey and ponder on thehow he will repay his debt to his fellow citizens. If he doesn’t want to be part of society by respecting others’ rights why should he expect those rights to be afforded to him?

Brian: “I hope the next Tory government will enact legislation to reverse the ridiculous decision giving votes for prisoners”.

Not a hope in hell’s chance, I am afraid. The UK must comply fully with its obligations under the European Convention, which ever party is in government, or face the sanction of being suspended or expelled from both the Council of Europe and the EU.

What Strasbourg ruling means for UK

Fair point Tomkek, the recent advertisement in Poland for ‘freedom of choice’ did rather make you a target for the daily mail, but I shoulnd’t have assumed that it was accurate!

The British Justice System would have hung, drawn and quartered Robert Maxwell for what The British Government themselves did to old aged pensioners and their money. If Maxwell hadn’t topped himself. If he did, that is.

As it is, I would rather starve and freeze to death here than exist in the hell hole that Britain has become.

Brian: “My point exactly about law breakers expecting to be treated the same as the law abiding”.

Doesn’t matter to me if prisoners get to vote. As far as I am concerned everyone is entitled to vote in a general election and that includes child molesters, murderers, communists, transvestites, people who don’t support Manchester United etc. To me it is just like freedom of speech – You either believe in its universality (as is the case with most libertarians), or you don’t (as is usually the case with the Nulabour government).

How many commenters here think that Smokers, Fat people and alcohol drinkers should be able to vote…….

Thanks to the Racoon for this piece on frozen overseas pensions. As an expat Brit living in Canada, I have this indignity to look forward to. My entitlement to a partial Canadian pension would be similarly frozen if I were to move back to the UK at retirement age. If I were to live elsewhere in the EU, or in the USA then neither pension would be frozen.