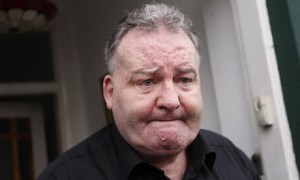 Although Jim Devine is not exactly acquitting himself well at the moment, Labour Whips have form when it comes to expenses abuse. And one senior Whip has more than most.

Although a Labour Whip source told the Observer yesterday that Jim Devine’s ‘a Whip made me do it officer’ excuse was “absolute nonsense”, he would say that, would he not? The saucy Whip also didn’t help his cause much by adding, “If the Whips had been up to such things, everyone would’ve been running round doing it”.

Er…but they were, weren’t they?

Giving a speech to the Oxford Union a few short years ago, Ken Livingstone told a somewhat different tale. He blithely informed the assembled students that the Labour Whips “encouraged MPs to claim for their second home allowance, and said ‘if you don’t want it – claim it anyway and give it to the Labour Party’”. The Slog understands that the one and only Iain Dale himself was there to witness this extraordinary admission.

If any Labour MPs did do that by the way, it could count as falsification of a tax invoice, for which one can be watching colour telly in a cell for around five years. More to the point, it would be a prima facie case of a Party embezzling government funds; I’d imagine the penalty for that is beheading, but I couldn’t be sure about it. (If it isn’t, it should be).

The lagoons of cess in which MPs have been swimming for the last few years (while not at all unexpected) are disgraceful; but it does seem at times that the Labour lagoon had high-diving boards around the edge. There is a grubby culture of corruption evident therein, and it’s beginning to look increasingly systemic.

So: if the Whips were and are part of the Labour Party’s problem; and if Devine is telling the truth….who was around in the Whips office during that key period in 2005?

One was Sadiq Khan, but he’s an unlikely candidate for a number of reasons. First, Mr Khan himself had only been in Parliament for a few months. Second, he has a spotless reputation. And third, his expenses are of below-average weight – and squeaky clean. My personal view is that Sadiq is both a good egg and a credit to his religion.

While many would dearly love to finger Chief Whip Nick Brown, he was on the back benches from 2003 until 2007. And although John Spellar is technically a Comptroller of HM Household now, he didn’t become a Whip until 2008. Brownshirt hit-person Helen Jones has form on the sold-house-charged-us-all-for-the-conveyancing-and-stamp duty scam, but she too was not in the Whips’ office until 2008. She may terrify the bejesus out of most Labour MPs, but she has an alibi. 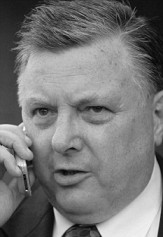 In fact, after the many other (all pretty unlikely runners) are excluded, a wizened finger of guilt points (perhaps entirely accidentally) at the delightful Labour Deputy Chief Whip, Tommy McAvoy.

Ok, scrap that. Just realised McAvoy was an opposition whip in the early 1990s.

You’re not quite right about Iain Dale witnessing that comment. A few other corrections are due:

1) I witnessed this comment being made by Ken at a talk at Brasenose College, Oxford University. Not the Oxford Union. Dale was not there, although some of us may have conspired to bring it to his attention. If you check Dale’s original blogpost (http://iaindale.blogspot.com/2009/05/ken-livingstone-labour-whips-officially.html) this is made clear.

2) If I remember correctly, Livingstone was referring to the early 1990s, rather than the period during which McAvoy was whip.

So, McAvoy might not be the culprit here. But this doesn’t change the fact that Livingstone’s revelation is remarkable. Why has it not been properly investigated?

To be honest, some of us inside the McCann forums couldn’t give a toss, either – see bald men, see combs.

I’m being a bit cheeky here as I’m not responding to the article and I certainly don’t expect this post to appear, but I have no other way of contacting you.

When you PMd me on PFA a while back, I was a bit shocked when you said that Laffin Assasin helps you with your blog, but didn’t comment at the time. I wondered whether you’d chosen wisely.

I’ll let the evidence speak for itself, but here is a link to comment on what LA has actually done to someone on a board that sprang up after 3As closed down. The thread (eventually) was pulled, but you’ll see from the comment on the PFA thread that it wasn’t pretty:

Laffin Assasin does not ‘help’ me with my blog. Nor have I ever claimed that he ‘helped’ me with this blog.

Laffin Assasin was allowed to post on this blog so long as he avoided commenting on any McCann threads. He does have other interests in life – politics – and I was quite prepared to let him comment on those matters. He didn’t stick to politics = he is no longer able to post on this blog. I strongly reject any insinuation from you, or anyone else, that anyone connected to the McCann forums plays any part in ‘helping’ me with this blog.

Thaddeus is the only person who helps with this blog, bless his socks, and he has no connection with, nor interest in, McCann matters.

Keep your forum squabbles to your own forums, nobody outside of the McCann forums is remotely interested in them.

I’m afraid you are flogging a dead horse here. The vast majority of the public just couldn’t give a stuff. As far as they are concerned the expense scandal has just revealed what they all thought was true anyway. That is not to say they shouldn’t have to face the music, but a few token sacrificial lambs will not make much difference.

Cato
I was going to add a codicil for Iain Dale, but thought better of it.

‘I don’t think even that old queen would go there.’

They’ve all been saying ‘the whip’s made me do it’, typical MP’s always passing the buck, unwilling to take responsibility for their own actions
or decisions – Quango’s !

Cato
I was going to add a codicil for Iain Dale, but thought better of it

“While many would dearly love to finger Chief Whip Nick Brown”

It has to be said that I’d not want to finger Nick Brown in any way, shape, or form.