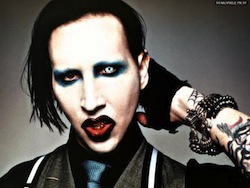 Ladies and gentlemen, the next President of the United States of America!

One year after his election, Barack Obama’s approval rating is lower at this stage than for any US president since Eisenhower. So why has the optimism surrounding his victory disappeared so suddenly?

But rather than grace a Guardian journalist’s article with my efforts, I thought I’d review the many achievements of Obama to date.

Now compare that with all the “Change” and “Hope” he was going to bring:

And those who mocked the “shaved chimp” for his ability to mangle English must be extremely happy with the replacement. Obama is now known as “the teleprompter Jesus” for his soaring rhetoric – when the teleprompter works! When it fails, however, Obama seems to be incapable of stringing a basic sentence together. I’m not sure of the cause of this failure, if I were cynical, I’d be inclined to say that Obama can’t be bothered to even memorise the key points he wants to make to the electorate, just in case.

Many Americans feel insulted by his repeated kow-towing to foreign dignitaries, like Saudi sheikhs. They feel it demeans the office of the President.

So, to date, he has continued all the extremely “big” unpopular policies initiated by the hugely unpopular George W. Bush. He has only introduced legislation that has drained, is draining and will continue to drain unsustainable amounts of taxpayer money from the economy and away from taxpayers. He is arguably worse than Bush when speaking impromptu and is seen to be demeaning his office. Is there really any reason to be surprised that he is unpopular?

Many commentators have compared Obama to Blair: vaguely good-looking, smooth, charming, completely amoral and more than willing to anything to get into power – and his wife appears to be a rather grasping woman, out to cash in on her husband’s role. But this is an unfair comparison: Tony Blair at least had the competence to hang on to power for a second and then a third term. I’m not sure that Obama is going to make it over the first hurdle.

Long time to go until then, TJ, but if Gary Johnson (ex-Governor of New Mexico) runs against him, Obama is doomed.

I tend to agree that O’Drama is a Carter in the making. And I have said from Day One ‘where’s the beef?’ when it comes to his rhetoric. I would merely offer two points:

1. He is the first President to have said ‘we want our money back’ to the banking system. Whether he gets it or not (see famous Python flag-day sketch of forty years ago) remains to be seen. But he is at least in touch with the incandescent anger of US citzens….which is more than you can say for our lot.
2. Do you think Obama is a creature of his ego, or of the way Americans tend to think? For me, it’s some of both: a Healthcare system to the average American is Communism, period. Obama has delivered a start at least in eleven months: Hillary tried for three years and got nowhere. The reason why Americans need such a system is because….(yawn)….insurance companies have all the ethical mores of a skunk.

The US is a weird place for any European. Bigoted but kind, ruthless yet well-mannered, and gung-ho gun-mad – but with grave doubts about any military adventure abroad. This is a nightmare for any black President – even one who is a delicate shade of coffee.

For example: I’m with you most of the way (especially on subsidising dead ducks like GM)….but would you like to be the President who bailed out rich folks onWall St and left blue-collar workers to rot?
Tough choices. I think he’s an empty vessel on the whole – but let’s wait and see for a bit.

It is so easy for us to be critical, but we are not in his shoes and nor are we fully aware of the enormity of the problems he is having to face. I think his heart is in the right place and he is doing his very best. America is not a ‘one man show’ and much depends on the quality and ability of the administration. Events requiring their attention are arriving thicker and faster than normal.

“Events requiring their attention are arriving thicker and faster than normal.”

The problem with Obambi is, he’s a narcissist. The only things that ‘require his attention’ are the things that will make him look good. As soon as something ceases to hold his attention, he drops it like a hot potato.

He’s actually worse than Carter. I’ve no love for him at all, but you couldn’t say Carter was doing things that weren’t (in his opinion, at least) for the good of America.

With Obama, they are for the good of Obama, or nothing. Nothing else matters…

There’s a very interesting debate to be had about whether it was Carter who was different, or the culture that was different back then. Again, I’m inclined to think both are important.
For example, in 1972 Robert Redford made the best film ever about political cynicism and emty slogans, ‘The Candidate’. Redord’s character had the campaign line ‘A BetterWay’. Oh how we all laughed. Obama had ‘Yes we Can’. New Labour had ‘Forward Not Back’. Just when you think it can’t get any more puerile, another one will come along to prove you wrong.
(As it happens, I’m working on a piece about this at the moment).
We get the leaders we deserve: they are merely responding to the milieu in which they find themselves.
xx

I never supported Obama ever since I saw him on the TV. My wife asked me what I thought of him and I said he was an intelligent man who would say anything to get into power. He has an easy grace about him, a casualness that inspires support BUT he is only a good autocue reader and without it he is at a loss.
If Bush had to swear his oath of allegiance again due to a mistake the left wing press would have eviscerated Bush, but because Obama did have to do so, nothing was said.
He and his family are good for the photographers but not much else and even though I am sad to say it, Obama is a liability to the USA and the world. He is a man of straw, a man who will say anything, but lacks any substance or strength.

I think it does Obama a disservice to say he’s merely an ambitious man: even if he is the most dim-witted dimwit in the history of US elections, it must have dawned on him at some stage during his presidential bid that, if he won, a weight which had never yet been measured was about to be balanced on his shoulders as ‘America’ (God Bless it) chose its first black President.

I agree that he is an awkward orator when he isn’t afforded the hidden crutch of the autocue. I agree that his promises on Guantanamo haven’t come to pass. I confess that I did have a surge of naiive hope when he was voted America’s President because I was pleased that since I was born, in the very early 60s, it became possible for a man with black skin to run in and win the USA Presidential Election.

I am reluctant to accept that Obama is America’s Tony Blair – a man who claimed his government was going to be ‘whiter than white’ to rapturous cheers but who seems to be the weasliest slippery-weasel in recent British political history – and I am very reluctant accept the perceived view of Obama without knowing exactly who is in place as his Mandelson, his Campbell, his Gordon. In other words, who are the really ambitious politicians peeking over his shoulder while pretending to share his vision?

It’s a perfect time for our press to clamp Obama between the specimen slides and examine him and his first year in office under the microscope of public interest but I think it would be a good idea if our press could wheedle out of Obama’s backstage lighting crew who is staging the show. Does Obama have a silent Gordon brewing (and if he does, how much of stink will that be?) Who is Obama’s Mandelson? Who is Obama’s Campbell?

I’m not defending Obama, I’m just disappointed (again) that politicians seem to be all smoke and mirrors.

Everything you need to know about Obozo is on display this weekend.

A photo opportunity with GW Bush and BJ Clinton pretending to care about Haiti, Haiti gets an hour of his attention which seems to be the maximum amount of time on any subject he can sustain before his interest wanes and he craves the next photo-opportunity.

Any reasonably informed internet user will understand that with communications impossible, half the Haiti government dead , and the UN in perpetual deer-in-the-headlights mode that a leader is required to fill the void. Will Obozo make a potentially controversial decision that could get the flow of aid moving? Hell no, its time to campaign in Massachusetts.

Let it be noted that the first “black” president could not overcome his narcissistic need to be in the news to help the black population of Haiti-why should he they don’t vote for him.

Hopefully a one-term president if he does not get assassinated first, those Haitians are a hot-blooded lot and act against injustice in unpredictable ways.

Sending Bush to ameliorate disaster is a bit like sending Prescott to solve the food problem.

Quite a comparison, Charlie Manson could beat Obama ! Incarcerated because the establishment feared him and for a murder that he took no active part in. Quite a disgusting and horrifying murder.

The comparison seems to uphold the lingering belief that Manson remains to be thought of the most evil man alive. Whereas the reality of it is that he is just another bloke banged up and living out his days at Corcoran. Having seen him interviewed from inside the prison there is no doubt that he is angry as hell and gets by taunting the bulls who seem to enjoy taunting him. Manson admits that he’s still treated as the most evil man alive, something which he disputes although its hard not to believe it when you see the swatika prison tat on his forehead.

He calmly states “even if I asked for a bucket of shit, there’d be no bucket of shit for me”. He has never accepted one day of his prison sentence and remains defiant.

Manson is held up as an icon of violence, insanity and the macabre. Whatever he is believed to be he is just another man that is paying the price for his crimes against society, and society ensured he was banged up because they didn’t really know what to do with him.

You might as well compare Obama’s drop in popularity with the nose dive in the popularity of our own Labour government. The only difference I can see is that Obama has a chance to turn things around, Brown on the other hand is dead in the water.

Did Charlie actually kill anyone?

Seems he was just as guilty as the President or Prime Minister that whips up a nation into a war frenzy, and unleashes high-tech destruction on innocent civilians.

‘Shock and Awe’ was a disgraceful display of wanton bloodlust. I doubt Blair will get any jail time.

Rob, Manson didn’t kill anyone, he was banged up for his involvement, as in prior knowledge, which he denies, for the murders the Manson family committed.

The crimes were shocking and they rocked the establishment.