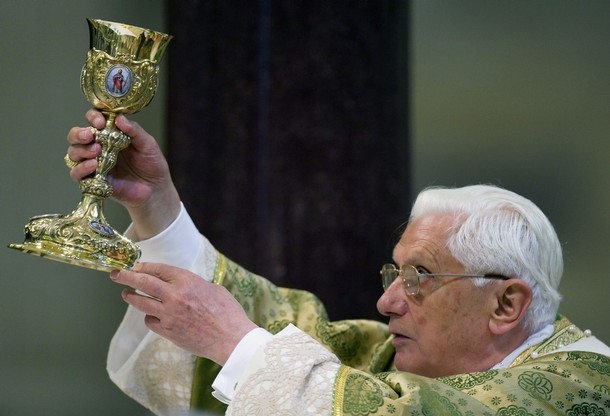 Fresh from whining during ‘Alcohol Awareness Week’ about the estimated 91,000 deaths that will occur in the next decade due to the over consumption of evil booze, which is apparently an ‘unacceptably high death toll’ amongst willing participants, the Nanny State is back on the subject of consumption some three weeks later.

The time it is not the State’s left hand – the Alcohol and Health Research Unit – which is pontificating, but its right hand – the Waste & Resource Action Programme, in as fine an example of joined up Government thinking as you could wish to find.

It seems that some of us have been sufficiently frightened by the Government propaganda as to our imminent demise if we continue to down a bottle of wine a day to leave the bottle unfinished:

It seems that most people cannot be bothered to finish off bottles or cartons of drink and tip the remainder down the sink instead of storing it in the fridge.

Can’t be bothered? We were told not to!

Now we are lambasted for ‘pouring £470 million bottles of wine away ever year’. Ye Gods!

Fear not, the Nanny state has a solution.

A ‘Waste and Resource Action Programme’ spokeswoman said that the organisation was not suggesting that consumers should drink wine […]but said people should freeze leftover wine and use it in cooking sauces and casseroles as part of the campaign to cut the nation’s carbon footprint.

Have you got that now? You shouldn’t drink the wine, but you must make an effort to eat it.

Elsewhere, Pontificates are whining because the ‘competence of erection‘ handed out by the Vatican as detailed in the Apostolic Constitution yesterday was not as exciting as expected.

Don’t cancel the Viagra yet, all is not straightforward.

This seems to be an offer to entice married Church of England clergy into the famously celibate world of the Roman Catholic world – so long as their marital state is not ‘irregular’. Perish the thought. A Church of England vicar with an irregular marriage. What can they be thinking of?

Apparently some of these disaffected but pious souls will need to take their fine church buildings, not to mention their pensions, into the papal bosom with them. This may create some problems for your average troubled Anglican vicar – for their stipends and pensions are paid by their congregation, and if it is to continue to be so, then the congregation will need to be similarly attracted to the papal bosom or they will find themselves as, well, as poor as the proverbial church mice.

It turns out that the ‘competence of erection’ from the Vatican only means that they can pick up their starched skirts and join the Vatican throng if they care to bring their pulpit, their audience and their salary with them.

The Pope has kindly included provision for those unable to perform this miracle to take up a second job in the secular real world.

Probably lecturing on the evils of drink with a side line selling frozen sacramental wine cubes.

I have made it my personal responsibility to defy all government guidelines
for anything! If I die before fifty, at least I won’t be drugged up with
anti-psychotic medication, drooling in wing-backed chair, waiting for someone
to change me!

Every time I get to the end of this comment thread, I’ve forgotten what
Anna’s piece was about….but as I’ve been drink-free thus far today, I may now
be in a position (ie, upright) to comment.
Drink reduces the number of
people on the planet (a good thing) and Catholicism increases them (not so
good).
However, Catholics know perfectly well that while Health &
Safety are capable of pooping most parties, devout Catholics never go to
parties at all. This is because all the fun things that happen at parties are
forbidden for Catholics.
Finally, H&S will tell you until your last day
all the things that will bring that last day nearer; whereas the Catholic
Church tells you those things and more will not play well on Judgment
Day.
I’ve forgotten what Anna was on about again.
Anyway, it is the duty
of everyone over fifty to drink themselves to death, as only by doing so will
we (a) not get Alzheimers and then be refused medication (b) not wind up being
abused in what’s left of the aged car home system and (c) reduce the headcount
and thus nullify the efforts of Catholics and Muslims to be fruitful with
their seed.
I wonder (not) what the link is between Pontiff and
pontificate?
Yesterday Man x

So drinking from the bottle is best? I knew that anyway.

WRAP have of course forgotten that it would use considerable energy to
freeze the wine. The environmentally friendly thing to do is definitely to
drink it. We should also remember that litre bottles use less glass per ml of
wine than 70cl ones.

Sorry Anna, sorry Mike Spilligan – I’ll try not to do any more soMeursaults
on this topic.

I look to Anna R for logical discussions, but this subject has become a
Beaune of contention.

Nor do I understand the advice to FREEZE it … Barbarians!

That’s easy for you to say Vimes.

Your comment had such a ‘ring of confidence’ about it, Demetrius, that I
hadn’t even noticed the teensy transposition of vowels. You aren’t slugging
the Laphroaig on the rocks are you?

Uh uh, fluoride, and I’ve only had three.

Ssshh! Don’t let Val & Polly Cella hear you… Val’s OK but that Polly’s
a right loudmouth with a couple of schooners of sherry in cider.

A few slugs of Laphroaig 48% assure me that alcohol is nothing to worry
about, only the flouride if you use tap water. So you skip the water.

Nice glass of Lambossobucorusco anyone?

You’re Macon this up as you go along!

I’m off for a cup of tea and a nice piece of Madeira cake.

You’ll have to go to the Rioja ‘n’ Bacon Roll van for that but don’t forget
to ask for a nice can of Chateauneuf du Pope to go with it.

It’s my understanding that the church building is the property of the
congregation (through the PCC), not the vicar/priest/shaman/whatever or the
Church itself. So, if the transfer-list vicar wants to bring his church with
him, he will have to persuade the PCC. And if they agree, there’s nothing the
CofE can do about it. This could get mildly amusing.

Wanna flake with that?

Camembert Sauvignon for me please.