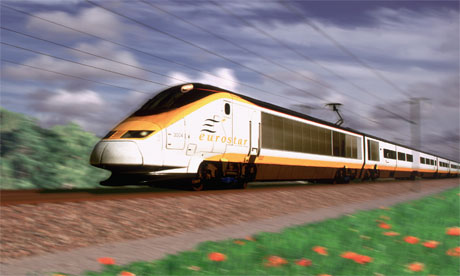 And get me to England once again!

When Rupert Brooke wrote those lines, his England was a rural idyll that represented welcome relief from the turmoil and paranoid terrors of war time Northern France.

Today I am taking the Eurostar into the heart of London to join Old Holborn for a stroll along Whitehall, hopefully ending with ‘Honey for tea’ at a quarter to three in the Stranger’s Cafeteria at the House of Commons. We shall see.

Along the way I shall navigate the watch towers of CCTV that monitor the movement of every citizen, I shall no doubt be photographed by the secret Police ‘Forward Intelligence Units’, I shall probably encounter some of the PCSOs – the Police Community Support Officers that wander the metropolis dressed to look like real policemen – who are there to tackle the social menace of anti-social behaviour, and a walk along Whitehall can be deemed to be just that these days. I shall be queried about my dress sense. I shall need to be fully aware of my ‘rights’, or rather those few rights which still persist, in order not to be arrested.

Even before my train crosses into British territory, the long tentacles of UK paranoia will reach out to me. Despite the stringent French and Belgian privacy laws, the UK Border Agency wants the French Authorities to take full note of my intended presence on this train and forward it to their Manchester operation centre long before I arrive – the Home Office have rejected Eurostar’s plaintive bleats that exporting this information to the UK will mean that they are ‘caught in a position that we are abiding by UK law but breaking EU law.’

When Rupert Brooke wrote those words, you could have strolled down Downing Street and had your photograph taken with the Policeman on duty outside 10 Downing Street, many a middle aged man and woman has a sepia photograph of such an event. These days you can’t even walk into Downing Street, past the iron barricades without special permission. In Brooke’s day, the Nannies were strolling outside the Prime Minister’s Home. Now they patrol from within.

I am doing it to prove to myself and anybody else who is interested that we can still stroll to Parliament on an Autumn afternoon and listen to what our elected representatives are up to – whilst we still can. Once upon a time it would have been unthinkable that Downing Street would be blocked off to the General Public – don’t imagine that Parliament couldn’t be one day.

This evening, God willing once more, I shall take another train, and get me to France once again, a rural idyll far removed from the turmoil and paranoid terrors of central London.

Lots of different people need to shoulder some of the responsibility for this. Educationalists who allowed kids to forget that conventions are there for a reason. Globalists who sold them a million distractions. Politicians who assured them everything was alright really. And the Murdochised media-set who showed them it was cool to be cruel.

But the real culprits are all of us who merrily supported the post-1963 bollocks about everybody being nice, or ridiculous, or not that bad really – and above all, welcome to their role in rhe pantheon of power. From this rotted manure sprang Mandelson, Miliband, Blair, Harman, Cameron, Major, Thatcher, Clarke, and 369 plumb-bonkers MPs whose sole excuse for fiddling expenses was that zey vair onnly obeyink orders.

I thought this piece captured the sad state of a dying empire rather well.
Yesterday Man

You’ve chosen 5th November to do this?

hope the stroll proves to be just that :0)

however, the incline may resemble that of another fine british icon, the titanic!

Fine post. Hope you are having a great day. I’m thinking about you all enjoying the Autumn sunshine and going about your business as one does in a free society.

I am with you in spirit, and I am sure the original Tom is too. I have one of those N0. 10 doorstep pictures, from when I was 11, and it was not long enough to be in sepia either. If our leaders were not so fortified from us, they might not be so completely out of touch.

I wish I could have made it, dammit.

And I wouldn’t have needed no fancy Eurostar, either. I’m only about a mile from where you’re all quaffing ales and laughing heartily.

And it was very nice to meet you this afternoon too, Anna.

Hope your journey home was without incident.

I can barely type as I am somewhat fitshaced. Lovely to meet you all the same.

Met a VC winner today. Worth it in itself.

Keep up the stellar work.
Your appearance is as almost as powerful as your writing.

Oh Gosh, I needed Google to try and find out what’s so special about Anna making this trip on November 5 … And then I saw Glo’s post.

She wouldn’t, I mean she really wouldn’t, would she … ?!
Am checking the newspapers now

Well done, Anna. A lot of effort on your part shames those of us who were there in spirit only.

Glad all was well.

Isn’t it fantastic, apparently we’d prefer to be filmed being mugged, rather than have someone step in and help us. I feel so much safer now they photograph my every move . . . .

The canker of this Nanny State, like cancer itself, has no regard for boundaries.