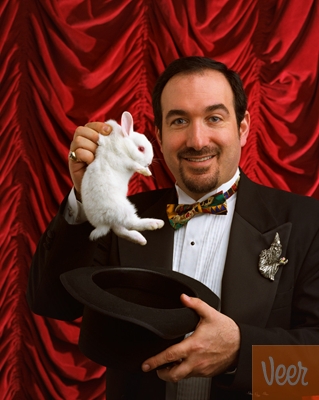 The indigestion suffered after Lord Mandelson has been dinning and whining (sic) with the rich and famous is widespread, and not confined to just those round the table.

The latest bout has enveloped the music industry, after Mandelon’s cosy ‘Port-side’ chat with multi-millionaire David Geffen resulted in Mandelson suddenly reversing Government policy and announcing that he was considering plans to block Internet access for persistent file-sharers.

Following yet another late night chat over the Port bottle, albeit not ‘in port’ this time, with Lucian Grainge, chairman of Universal Music Group, his resolve to protect the established copyright holders seemed complete, and Treasury Minister Stephen Timms was soon singing from the same hymn sheet.

Mandelson’s proposal in the Police, Crime and Private Security Bill could potentially conflict with a European Parliament ruling in May prohibiting European Union governments from cutting off a user’s Internet connection without a court order. A final version of that measure must still be negotiated with the European Council.

Voila! In the last few days they have produced their trump card, watch the magician pull the rabbit out of his hat children!

Child abuse investigators plan to focus efforts on the use of peer to peer networks to distribute images, following a “wholesale move” in sex offenders’ online behaviour .

“Our focus must now be on tackling this as a priority,” the agency said in its annual report.

The Independent on Sunday carried a report of a leaked Home Office letter “drawing up plans for what, in effect, would be the first form of state intervention in Britain in relation to the Internet.

It will be done in the name of ‘must protect the children’, but no doubt will carry statutory instruments allowing Ministers to vary the Act to protect the powerful media lobby of copyright holders.

Those nasty paedophiles must be stopped, even if we take a hammer to crack down on the unwitting parent whose child has downloaded an illegal copy of Arctic Monkeys and finds his Internet access, and possibly his ability to work, cut off as a result.

Is there no activity that cannot have potential child abuse bandied about as an excuse for banning it?

No doubt Madeleine McCann will make a belated entry into this discussion of the financial interests of the incumbent analogue publishers,  she seems to get everywhere else – except home.

(sorry Anna, a bit off-topic but you know, Mandelson/peer to peer networks and all that..)

On the ball as usual Glo……

“Is there no activity that cannot have potential child abuse bandied about as an excuse for banning it?”

The majority of children are abused by one of their parents.

Oh, you know, once you’ve caught the full stench of something really rotton and noxious it fills your nostrils and you can
forever-more detect the faintest, sickening whiff of it …
………
Joe Public – “The majority of children are abused by one of their parents.”

Do you mean that the majority of abused children suffer that abuse at the hands of one of their parents or are you suggesting that the majority of children have one parent who will abuse them? Do you suspect the GovernorLordyment will soon decide to ban one of each child’s parents just to be on the safe side?

Well, if they ban this parent then mine-own springoffs will have to get themselves home from school – not today though, so I must dash..

When we get this lot out the next lot needs to do at least those things in the Great Repeal Bill http://en.wikiversity.org/wiki/Great_Repeal_Bill but I would say it does not go far enough. In fact everything passed by parliament since 1997 needs to be looked at and replaced by something simple and efficient.

Only problem – non of the present political people have the will or knowledge or guts to do anything about it. So the UK will continue to slide downwards to being a third rate nation.

Stupid behaviour by governments as detailed above will only bring forward the availability of new and wholly encrypted methods of file sharing.

Start by using OpenDNS instead of your isp’s DNS service to avoid local knee jerk censorship.

Sad that so many Brits think that Britain has had it. Even more sad that I am one of them.

I’m sad that the British [think they] have had it. But then I’m also sad that the Dutch and the French [seem to] think that they have had it … Don’t you rather think it’s something universal ? You know [sorry for quoting you Kate], haven’t we all have had it with politicians?
Libertarians, please have a go …

“The majority of children are abused by one of their parents.” Joe Public, you’d be amazed how often child abuse doesn’t happen.

You’re obviously not a parent.