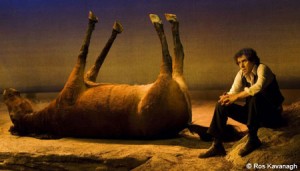 In the Neo-Facist State formerly known as Italy, the Justice Minister, Angelino Alfano, has proposed a law that is a direct threat to Internet freedom in Italy. Given the appetite for repressive measures in Italy these days, it’s not surprising that Italian bloggers have become a target. Berlusconi and his sycophantic retinue of crypto-fascists, compliant bureaucrats, models-turned-politicians and party girls don’t like negative attention.

The Alfano decree has already been approved by Parliament and if passed by the Senate, will become law. The provisions have far-reaching implications for freedom of speech in Italy.

“If a citizen deems a blog post to be defamatory, he or she can lodge an official complaint that could require the blogger to edit the offending content within 48 hours. A blogger’s refusal to correct ‘offensive’ comments would allow the denouncing citizen to sue for as much as $18,000… The effect will be to mute blog content, particularly criticism of government and public figures”

Italian bloggers staged the world’s first national strike of bloggers on July 14th in response. Despite the fact that less than half the country has Internet access, and you need to provide copious ID to even log on at a wi-fi hotspot, bloggers have been a powerful voice condemning Berlusconi and his henchman in a country where all the media is controlled by one man. Now there is talk of banning anonymity online and obliging bloggers to register with the government.

The Alfano decree would put blogs on a par with newspapers giving a right of reply to anyone who believes their reputation has been damaged by something published on the Internet. However, unlike newspapers, this right would be controlled by a specific act of parliament giving automatic fines of 10,000 Euros if you don’t publish your rectification within two days.

Without doubt, there are those in the UK, as in Italy, who abuse the freedom to express an opinion afforded by the Internet, and it is those abusers who will bring in censorship for all of us as they scream long and loud of their ‘right to free speech’. Regrettably, the Internet has a remarkable propensity to attract the marginally insane who use the alleged right of ‘free speech’ to harass and stalk individuals with whom they disagree to the point of mental cruelty. Bloggers will have to be more accountable voluntarily, if they are to stave off demands from the British government to follow the Italian legislation; truly free speech has always been an illusion, and hysterical demands to ‘keep the right’ will literally be blogging a dead horse – it never lived.

I don’t have a problem in theory with blogger’s being asked to give a right of reply to those who feel they have been defamed by the blog owner – it is very much preferable to being sued under the draconian defamation laws in the UK whereby the defamer has to prove the truth of his statement.

The ‘automatic fines’ are a different matter though, blogging is by its nature a part time occupation and there can be many reasons why a blogger is off line for days if not weeks – had the Devil’s unexpected sojourn in Larnaca (congratulations once again!) been preceded by his usual unbridled opinion riling somebody or other – he could have returned to an automatic debt of several thousand pounds.

I shall watch the Italian legislation with interest.

Apart from Paedophilia and Pornography, I would prefer the Internet to police itself. The majority of people are reasonable and law abiding citizens, and are quite capable of dealing with extremists who harass and abuse, although perhaps Administrators of Forums should be held more accountable. I am not sure how I would go about this at the moment, but given time I am sure that I could think of something.

At this rate we better tighten up our aliases

That or go back to the typewriter and write books the old fashioned way.

I have to say that I agree with Sabot to a certain extent. Personally, I tend not to abuse certain personages with the ‘F’ and ‘C’ words, although I have used them. I’m sure that we are all able to cast nasturtiums (oh, come on ,do wake up) without being unnecessarily offensive…except in the case of any NuLiebor functionaries when any such abuse is more than slightly justified.

I do agree with you Sabot – it has been as though a collective madness has taken hold of some people and things they would think twice about saying to someone’s face is somehow ‘OK’ when said on line from behind a different identity – a bit like credit card ‘money’ not being the same as real money……..

Sometimes the “marginally insane” is a way out or individual thinker who realises that things are not what they are said to be. A number of those expressing serious doubts three to five years ago about certain financial matters and the structure of government spending were assumed to be a pint short of a gallon. But who turned out to be sane? Also who was saner, those who suggested that Afghanistan would turn out to be a long and difficult operation, or the Government minister and others, who said we could do the job without a shot being fired? Incidentally, the same minister that cleared a product for use in hospitals, over the heads of the medic’s, that contained a substance known to be disruptive to antibiotics. As for anonymity, as there are at least several hundred people around with my name, including a well known journalist, using it could cause endless confusion and recrimination. I doubt if the Italians have thought of that one yet, but they will.

Just like Sabot to throw a clog into it all

She can be a bit wooden in her thinking Henry.

“……….the Devil’s unexpected sojourn in Larnaca …………..– he could have returned to an automatic debt of several thousand pounds.”

His caretaker poster, FS could have upset someone, and left DK holding the responsibility.

“….a collective madness has taken hold of some people and things they would think twice about saying to someone’s face is somehow ‘OK’ when said on line from behind a different identity ………..”

A bit like MPs when they made expenses claims, before they realised the ‘how much’ & ‘what for’ would become public knowledge.

Let them do what they want

It’s game over. WE can do whatever we want and they know it. Too late guys.

Are you sure about this, Anna? You almost appear to approve.

Would you not have been closed down in a nanosecond by the McCanns under such rules?

No I don’t think I would have been! I don’t do ‘wild accusations’.

‘Almost appear to approve’ – well I think giving in gracefully on a minor detail like being prepared to apologise when we have got it wrong is better than having draconian measures forced on us.

Welcome back OH – if I didn’t know better I might have suspected it was you on honeymoon with DK.

Blink! I would like to say you’re talkin’ my kinda language but I think my eyesight must have deteriorated more than I had realised (despite recently purchasing some very expensive Eddie-The-Eagle-specials) because as hard as I try to focus on your last post, all I can see is a busy, buzzy bank of apostophes. I’m clearly out of my league here … I’ll get me coat …

Why not have a section of the blog entitled “Official Corrections of Offending Blog” and state that is a deemed correction of the offending blog in the terms of the correction? Everyone would know that it what that meant. I can’t see the problem

Or you blog through wikileaks or a wikileaks type system

You don’t do wild accusations, but some of your commenters might do, and there were some on that thread (not that I disagreed with them, I really don’t know the facts). You would have had your work cut out in deleting what was deemed offensive, in the face of stringent penalties for not doing so. The vid you posted would have been a definite no-no for a start.

I found that discussion very enlightening. If it was censored (which would be the end result) by those who had more financial clout than a blogger with no funds whatsoever (not saying that is you, by the way), then how does that not hinder a small blogger with a big story which should be told?

“well I think giving in gracefully on a minor detail like being prepared to apologise when we have got it wrong is better than having draconian measures forced on us.”

But these would be draconian measures. It would mean, as in the example above, that the blogosphere would cease to be able to provide a small guy with the means to highlight corruption/hypocrisy/mendacity and any other wrongdoing, by someone who has a bigger bank account and/or a decent solicitor.

Government, for example, could close down dissent entirely by the avenue of threats and innuendo. And, seriously, do you assume that even an apology would suffice?

Sorry, Anna, I disagree. I reckon DK might do so too.

Anna, Mandelson has already drafted a bill to come before Parliament shortly. (See my blog a few days ago). He was seemingly in talks with some film mogul in Corfu. Sorry I use the “F” word but not the “C”, but then again I use that language in every day conversations.

I strongly urge you to find out about Tor and other techniques for blogging and commenting while hiding your IP address right now.

Be more paranoid than you need to be. That was if things get out of hand (and they might) …

Wooden Thinking? Yes, I suppose I can be a bit of a puzzle, I even puzzle myself at times. But then I was born the ability to see both sides of any argument. Not an ability that I would recommend, by the way, it can be very confusing. However, I have usually reached a fairly well informed opinion before I state one.

The use of words is a glorious thing, we just need to take more care in exercising this use. It is a privilege, not a right.

The use of words is a right. I think it is called free speech. Just read them back in your head before you say them.

No one has a right to say whatever they please, Saul. There are laws to deal with libel and slander and harassment, but applying them to The Internet would be extremely difficult and costly.

Why encourage more draconian laws which might well interfere with Free Speech, such as it is?

And yes, I do agree. Think before you speak.

As Jiminy Cricket said…..always let your conscience be your guide.

PS Sorry about The Boro.

I don’t know what you mean Saul. I’m not that type of girl …… anymore.

I’m a respectable lady …… are you incinerating otherwise?!!!

I will NOT put up with that type of slander about my background. You’ll be hearing from my solicitors Grabbitt and Runn!

Actually Saul, they were killing me bunions ……..

Oh, l’m sure the present UK Government will pass up the chance to levy automatic fines because bloggers promise to be ‘nice’.

l mean, it isn’t as though this government happily churn out ever increasing legislation against the citizens of this country, is it? … and not forgetting their total aversion to ‘automatic fines’.

Ah Mrs T. The good ship Pernod and the search for the Golden Haddock. Now that was funny.