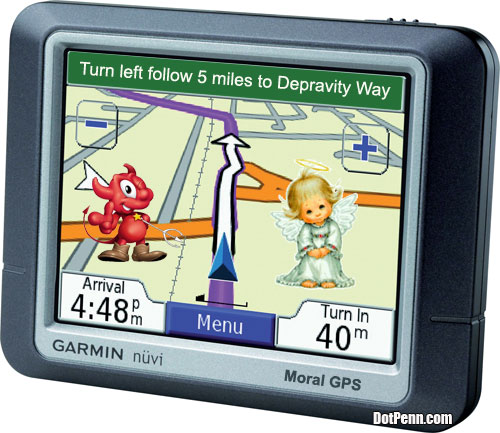 I am trying to fathom the moral compass of the Daily Telegraph. The needle swings too fast for me to read it correctly.

Last month they were coming over all âsniffyâ and not only declining to âentertainâ the McBridal bouquet that Guido lobbed at Gordon Brown, but went so far as to break a confidentiality agreementÂ and Â alert 10 Downing Street to its imminent publication.

The pungent aroma of that bouquet proved too much for Gordon Brown and McBride was divorced with precious little ceremony.

With McPoison out of the picture, and safe from reprisals, Â last night they proudly announced that they were publishing the contents of the DVDs listing MPsâ expenses which had been expensively touted round Canary Wharf for a couple of weeks now.

This begs a number of questions.

Would they have published Guidoâs e-mails were it not for their relationship with McBride?

Is it just that McBride is out the picture that has emboldened them today, or is it the fact that Conservative MPs are also targeted in their revelations.

Have they âcome into moneyâ in recent weeks, or been given a budget, and can now pay for stories? Is there any connection between this and the recent announcement of a crack down on Tax havens, which must be hugely inconvenient for the Barclay Brothers.

Have they lost their âinside sourceâ of stories and decided to bat for the other side once more?

We really should be told, it is all too confusing for us mortals.

Anna, very interesting conjecture. The Telegraph has always been a strange soup (or, stew) of personalities and odd Editors. Look how many its had in recent years. Also, owned by the Brothers must make life a bit difficult for the top boys. I don’t for one moment think the tax haven plans will bother the Brothers one bit. They will probably buy one up for themselves.

Just a note for you, Vera Baird MP is a fan, I believe.

Massive Job losses in her neck of the woods.

I think you expect to much. Their job is to sell papers, s’all. Whatever the DVD cost them, they’ll more than make it back in increased sales.

It’s in the long term interests of the Telegraph to go with this. However, now the police have been asked to find the ‘mole’ who knows what will happen as more details are due to be published.

Funny really, you’d think the police might be interested in the MPs and their fraud rather than a ‘mole’ who released information we were due to get anyway…..Hmmmmmm

hang on, McNulty under scrutiny by the police as requested by a member of the public…..this just gets better

Are they still getting paid whilst all this mayhem is going on? The quality of any work is seriously undermined surely? Can we have our money back please? Get rid of them NOW

Lamp posts across the country are being prepared…..