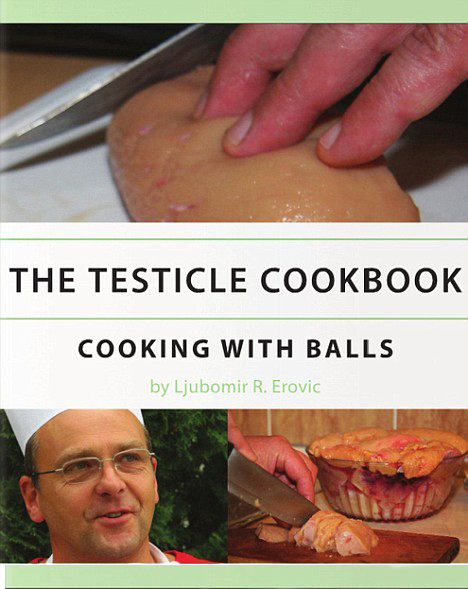 It won’t make a vas deferens now, but perhaps someone should have warned the young McBride that ‘cooking up’ stories with ‘tough as old boot leather’Â Balls, he was liable to get his fingers burnt.

The Sunday Times today is printing ‘heavily denied’ allegations that Ed Balls was the mastermind behind theÂ âdark artsâ operation by McBride to undermine colleagues.

The Sunday Times whistleblower, who has had a ringside seat on the power struggles inside No 10, claims that Balls:

â Engineered McBrideâs move from civil servant to special adviser
â Repeatedly protected McBride when colleagues called for him to be sacked
â Was in constant contact with McBride, sending him up to 20 e-mails a day
â Instructed McBride to brief against cabinet rivals
â Exploits a weekly âstrategyâ meeting, which he chairs at Downing Street, to shore up his power base.

I had my money on Lord Mandelson, but he probably can’t whistle or was that just an urban myth put about by Ian Fleming?

Senior Labour figures have confirmed there is widespread anxiety about Ballsâs activities. The revelations will fuel concern that the government is in terminal decline, with senior ministers more worried about positioning themselves for life after defeat than about rescuing the economy.

All credit to Guido for exposing mastur-gate, it has sent Labour into a frenzy of ‘re-positioning’ for life ‘after Brown’ at a time when the United Kingdom is in freefall.

Is there any chance that these Labour ‘troughers’ will get out of the kitchen, closet, or wherever, and get into the cabinet room, and start sorting out the economy? I don’t think so.

We need an election. We need a proper government.

We need to stop stirring the soup and start serving up a government fit for consumption.

We need parliament to find the balls to take a vote of no confidence in this government.

I bet every morning this crowd awake to fear what they are going to read next about their gross behaviour. It has taken the persistence and smartness of bloggers to even get the dead tree media to realise what was happening and smarten up their act. It is early days but finally the press/media (generally) is getting in on the act. If only they realised there’s plenty of sleaze to go around, they can all have some – except the noble BBC, who hopefully will be disbanded by the next government.

Crikey what a horrible photo!!!

Blink – the media have known what was going on all the time – they were just too frightened to bite the hand that was feeding them.

Listening into radio5 this morning to find a right cerfuffle on the Gabby Logan show. Her guest David Starkey in discussing his HenryVIII programme aligned to it the current troubles of New Stassi. It was good clean fun and obviously unexpected. Several New Stassi people wrote in complaining and had the talentless one saying she would re-address the balance of her programme before it ended … and in walked Maquire…we pay for this shit via the tv tax.

The sooner the BBC is disbanded the better. They are highlighting Kinnock’s comments about the current emails sleaze. Kinnock angrily saying that despite the horrific nature of the emails no one should make assumptions about Brown, he’s really really nice. They are also pushing JackBoots opening up of the Hillsborough files to prove how interested they are in justice. Pity they didn’t do that with the MET. Hopefully Liverpool fans will give her the two fingers – they will when they find out the details of known police incompetency!!

Don’t we just love and need all this trial by bloggers!

The media is controlled by just a handful of (mainly) blokes with big bucks in powerful positions …………. whereas the internet is controlled by by millions of blog-owners and their hosts. Shutb one down and another one opens!

No wonder Governments want to censor the internet. Politicians and paedophiles can’t even vomit without it being on the web within seconds.

Nobody ever quite knew what the implications would be when we were told there would be an internet ‘revolution’. But everybody knows what it’s all about now.

There was time when it took years to depose a regime ………… but now we can safely say that a regime can be deposed by t’internet!

Just sat here wondering if everybody in the UK would be better off emigrating to Zimbabwe. Less corruption and corrupt politicians and some jolly good farmland that just needs licking back into shape in time for some bumper crops.

We could take our favourite policemen with us and rename them mercenaries or whatever …………….. Surely this would be easier than sorting out our current problems with Parliament, the police and all the welfare problems that are about to ensue.

I think I would prefer to run the gauntlet of rioting hungry tribes than deal what we are about to face.