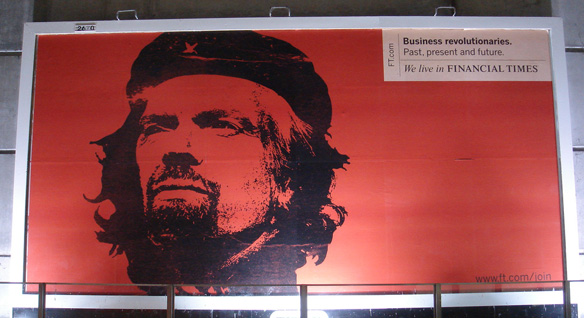 This morning, Richard Branson was nabbed for the Today programme on Radio 4. He was spotted in a corridor as he walked through Broadcasting House trying to publicise the 25th anniversary of Virgin Atlantic.

They wanted to know if the formula one fan was planning to be the saviour of the Honda F1 racing team, dumped by its Japanese manufacturer in December.

Branson coyly refused to comment but went on to describe motor racing as a sport that had faults that needed to be rectified before he and Virgin became involved. Most worrying, he said, was that F1 was not very green at the moment. He made it very clear that he would not be interested in financially supporting a sport that was not championing green technology.

But back to the real reason for his being at the BBC: The launching of a (British) Virgin plane about to fly the whole way around the world in eight days.

What a man. What an eco-warrior. What humbug.

And Richvert Branson has a big smile over his face this morning. Two at the
top of the Australian grand prix.

Hope you re-invested that fiver AR.

And now, eight weeks later, Branson has sealed the deal; he is sponsoring
the Honda F1 team, newly branded as Braun (and not Gr

Yep, you wuz right Janes, and thanks to your hunch I won a five pound bet
on it being Branson behind Braun!

Ooer, janes, looks like I’m proper rumbled! I’ll have to flee to East
Angular to hide!

Gloria, you aren’t really Gloria are you? You are Max Clifford in disguise
– go on, admit it.

Perhaps Mr Branson should have offered to fly today’s newlyweds off on the
round the world trip; then he’d have had all the publicity he could have
wanted.

I am pretty sure the lack of interest is due to the fact the record for a
non stop flight around the world is under 70 hours rather than the 192 hours
Branson is proposing.

Now would those eight days include check in and security?

When I experienced it in the early nineties it smelt like very fresh, very
nasty shit. And the smell lingered for a decade.

Or maybe it is another desperate attempt on his part to get his 25th
anniversary eight day flight around the world publicised. No one seems
particularly interested at the moment.

Who buys bad debts? Financial pundits are suggesting Richard Branson. No
wonder he’s not interested in bailing out F1, he may be more interested in
banking at the moment with very cheap assets coming onto the market.
So,
toxic debt rather than toxic fuel.

A year ago he used a mix of coconut and babassu oil (and kerosene, but we
won’t mention that) in what was tagged as ‘The world’s first biofuel-powered
commercial flight’.

Is this the plane fuelled on home grown celery?

Imported celery Blink, flown in at huge cost to his carbon
footprint…….