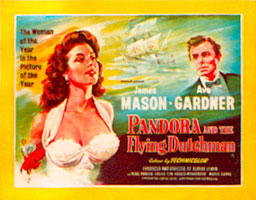 Lord Pearson of Rannoch invited the Dutch Freedom Party MP Geert Wilders to present his controversial film Fitna to the House of Lords. Highly regarded amongst some factions, Fitna is a film attempting to explain the divisions in society caused by the Koran and Islamists.

Wilders alleges that the Koran has ‘proven’ links with Holy Wars and terrorism. Many Moslems and non-Moslems have described Fitna as anti-Islamic and warn that it will incite violence – because they are pacifists …………. allegedly.

Jacqui Smith decided that Geert Wilders is an ‘undesirable’, and ordered the UK Border Patrols to intercept Wilders’ arrival and arrange for his immediate return to Holland.

Seldom ranked highly for its hospitality, the UK government sits with egg on its face whilst irate Peers of the Realm wonder at their lack of authority and longevity.

Named by Dutch mainstream radio as Politician of the Year in 2007 and Man of the year in 2008 by Front Page magazine, are we to be left wondering if Wilders has been denied permission to enter the UK because of his popularity with the Press and general public or because of his continuing support for Israel and the slashing of public taxes?

Or is it because Wilders’ believes that,  ”A ruling elite exists among parliamentarians who only care about their own personal careers and disregard the will of the people.” ?………….. It is suspected that Jacqui Smith would very much disapprove of his believing this particular principle!

His arresting Aryan Mozart charm and hair-style disturb many in the Netherlands opposition parties. Attractive and popular he is considered dangerous and a huge force to be reckoned with.

Wilders’ outspokenness has made him no stranger to death threats. Two extremists were caught with three hand-grenades in 2004 as they set out to kill him and another fellow politician. – All because of his support for the Danish cartoonists freedom of speech …………. Again because of Islamists disregarding the rights of Westerners to have the freedom of speech.

It certainly looks like a good day for Wilders, the Partij voor de Vrijheid and Youtube! Anybody who doesn’t already know about Geert Wilders and Fitna will want to know why the UK Government feels so threatened on our behalf – without allowing people to use their own judgement.

Is the Government really concerned for the general public having knowledge of the film because they are worried about the enormous and mighty backlash from the extreme elements of Islam that are already deep-rooted in the UK. Are they concerned about a Christian versus Moslem problem or is their main concern about a Moslem versus Jew reprisal?

Would they prefer for the anti-Islamic feelings in the UK to stay repressed and swept under the carpet.

Just like the extremists in the banking industry, these people need rooting out ………………… and educating.

Alternatively, we will continue to live in a Nanny State where you cannot even call your teddy bear  Mohammed.

Agreed its a question of degree, but maybe the milk of Human kindness is
what would be most appreciated…speaking for myself of course.

Coco – If I was in hospital having a fairly straightforward procedure and a
nurse offered to pray for me I think my hackles would rise and I’d immediately
think to myself – What does she Know that I don’t?….
…oh, oh I can feel an
axiety attack coming on just at the thought!

Agreed, not if it was a straightforward procedure; but what if you had
just been told that nothing more could be done for you…..even I might be
comforted by someone offering to pray for me rather than saying ‘I will
offer appropriate non-denominational thoughts for your future’…….I think
most of us cut the secular cackle when we think the chips are down – invoke
all the help you can get!

Chatelaine! Does Geert play a musical instrument? Was he a bright child?
…………….

Just wondering who he may have been in a past life.

What about the poor nurse who was suspended for offending a patient?

The World is on its head.

This Government has to go …………… I cannot breathe in my house for paperwork
about health and safety and what I can and cannot do within and without the
parameters of work ……………. It’s all bollocks and tripe.

No wonder the country has gone to the dogs!

Submissive as the lambs at Mecca.

Jacqui Smith should be blocked rom all foreign travel henceforth. She is a
scaremongering bag of nails.

In fact ………….. I would compare Smith to a nail-bomb! We haven’t got a clue
how much damage she could do when she goes off on one.

Even though he’s an admitted trouble-maker, who needs police protection
around the clock, it’s not acceptable that an official Dutch MP has been
blocked from entering the UK. I have to read in again after a couple of busy
days, but I believe that Dutch politicians, including ministers have made this
clear to their British peers.

Well, for one, most of us are convinced he bleaches his hair every week and
then stands on his head to let it dry, thus always a hunch of roots and hair
standing up …

Now why would he bleach his hair? Because he’s very dark and otherwise
might look like a Turkish person, heaven forbid!

I’m Dutch. Anyone care to ask me for detailed inside information?

It all begs the question of – Is Britain prepared?

It seems to me that the Government know we are in the middle of civil War
but they just don’t want to declare it ………………..

They don’t want all those messy headlines comparing the status quo with
that of Zimbabwe.

….yes the faith has rapidly dissolved and the charadee has become debased,
Woe is us!

We are used to despair, it is Hope that will do for us all.

What about the ‘joker’ Lord who has invited this blonde be-locked prat , on
more than one occasion I understand ….as if there isn’t enough for the bunch
of reprehensible parasites to be sorting out…..another
distraction?.
……….scuse language but theyre all to**ers in my very ‘umble
opinion!

His hair though – I think it’s important to protect the British public from
his hair!

There’s a nasty rash of stories about ordinary folk who happen to be
Christians being abused by their (state) employers. See Old Holborn’s
blog.