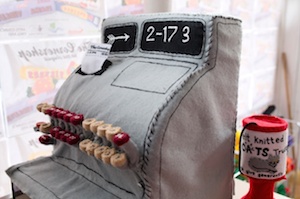 Print more money, bend one knee to the IMF, or plead with the ECB to let you into the Eurozone, those are the choices facing Gordon Brown, now presiding over a country that is bleeding cash and sensible citizens. He whines like some deranged web master who finds his posters have deserted him, declaring to anyone who will listen âitâs not my fault Gov, external forces you see, I wuz robbedâ.

He wasnât robbed, he gave it all away.

The UKâs recent wealth was based on the financial sector, the service sector, and the housing boom. Of these, only the service sector hasnât imploded â and that is severely undercut by Indiaâs booming techo-service industry.

One solution is printing more money, the quaintly named âquantitative easingâ â it devalues the âpound in your pocketâ but it equally devalues your debts, so the country may be able to service its external debts. If you are a wheelbarrow manufacturer you may benefit from this method, the hyperinflation will be of Zimbabwean proportions.

Were Gordon Brown to go in hand to the IMF, it will carry out due diligence of a kind unknown to the man who decided to bail out RBS without looking at the books to see how much they owed. What would they find? How can the UK repay itâs debt? Outreach workers for Hillingdon Transgender Single Parents donât actually produce anything that can be sold for a profit. Health and Safety Executives are similarly un-productive.

Assuming the IMF were wiling to overlook this small detail â they still simply do not have the funds to bail the UK out of the Trillions worth of debt that the Toxic Assets amount to. That is why Brown continues to whine about Global co-operation. He told BBC Radio 4â²s Today programme today that the length of the recession would depend on the effectiveness of GLOBAL co-operation.

One of the conditions that the IMF may well insist on is that Britain enters the Eurozone and involves the European Central Bank in bailing out the Toxic Assets. This will put the relatively cautious Eurozone Banks on a slippery slope to disaster. The Eurozone â in general, although there are notable exceptions, Portugal, Ireland, Italy, â is coping with the fallout in a fairly calm manner.

The scale of the Toxic debt is now of such astronomical proportions that the only true solution can be a pooling of all the worldâs assets in one global currency.

The Global conspiracy theorists have long been muttering about the illuminati and Common Purpose â now that the only sensible solution appears to be in line with their agenda, it makes you wonder when you listen to Gordon Brown, who is he really working for? If there were any âgreen shootsâ of recovery â do we have a subversive bonsai gardener behind the scenes pruning the roots?

Anna Raccoon, I trust that profit from any sales of ropes, wheelbarrows,
black and grey wristbands or anything else through the website will go to a
good cause and be transparently reported??

As a slight diversion I received an email from our local business gaeway on
Friday inviting me to an evening event next week on how businesses can thrive
and survive in the current downturn. Guess who is providing the lead speaker â
Royal Bank of Scotland! And they expect business people to turn out on a
dreich January night to be told how to run their businesses by one of the
prime sources of recession?? YOu cannot be serious, manâ¦

Smuddbarrows, eh? Complete with Cords by Coco? Hmm. Sounds more like
Badtastebarrows to me! I think Iâd prefer to supply Wallowbarrows filled with
a generous helping of Self-pity.

Anna Raccoon!!! That is really really naughty! Really naughty â but I ask
myself â¦â¦â¦ Would BMW and Mercedes be where they are today without the misery
caused by the War? We are merely providing a service in a niche market â¦â¦â¦â¦

Gloria â¦â¦â¦.. So â the rope arrives â cut to length â in a wheel-barrow â
resting on a bed of straw? With cuff-links and a mask to pop over your
lower-face in case your tongue pops out and frightens the person who discovers
you? Oh! And an apron to wear over your trousers so that if an erection is
gained â it can be hidden? Just in case itâs a work-colleague or oneâs
mother-in-law.

Sounds good to me. I will get a message to the couriers. It has to be more
interesting than delivering hanging-baskets!

Yes, and all our shipments of rope are delivered in a nice wheelbarrow.

I can set up a mail order section of the site in a trice â once you have
production under way Ms Smud.

Gloria
Smudd and I just happened to have recently purchased a rope factory â¦â¦â¦.. In
anticipation of bankers wanting to swing in their stairwells â¦â¦â¦â¦. but since
they all got their bonuses anyway â¦â¦â¦.. they havenât started to hang
themselves â¦â¦â¦..yet.

However, we have heard reports that the times of increased rope sales is
imminently upon us â¦â¦â¦â¦ possibly with estate agents â if Gordie doesnât start
to put pressure on the mortgage-lending banks by the end of next week.

And I shall be buying shares in a wheelbarrow factory.

Piano wire John!
Their feet are guaranteed not to touch the
groundâ¦..rope stretches.

I shall be buying shares in a rope factory.

At the risk of sounding like a scare-mongerer â¦â¦â¦.. This is really fucking
frightening and scary. This is proof of a New Order!

Gordon Brown is a very naughty boy! He should stop playing at politics
right now â¦â¦.. and go and tidy up his bedroom.